AA Edit | Polls a serious business, spare us all the theatrics 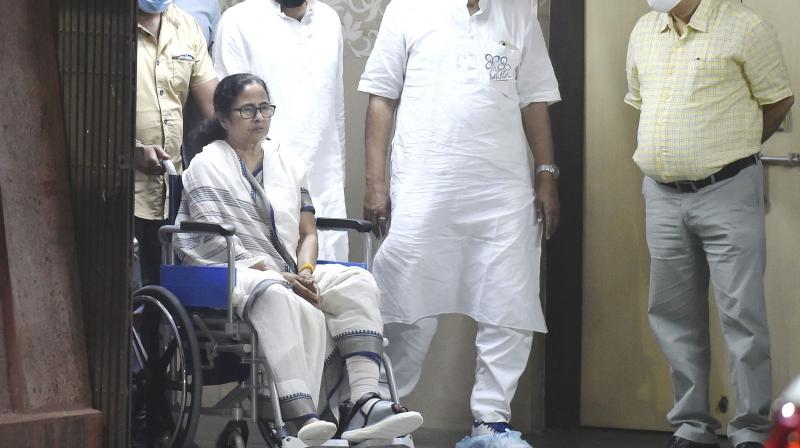 Fair and free elections where citizens vote peacefully and elect their representatives and rulers are one of the seminal pillars of a functioning democracy. (Photo: PTI)

Spectacles and theatrics are essential ingredients of Indian elections and our leaders never fail to deliver them. Most leaders, however, also see to it that such elements only add to the colour of the electioneering process and do not impact the democratic process adversely.

But the reports emanating from West Bengal of late have not been confidence-inspiring ones. Instead, they do the opposite. Chief Minister Mamata Banerjee on Wednesday alleged that four to five men attacked her in Nandigram where she is contesting the Assembly election. She suffered injuries to her leg and neck. The picture of the woman chief minister with bandage and visuals of her describing the body pain went viral instantly, igniting passions all over the state. Her allegation that there was no security detail to protect her accentuated the situation.

That version, however, underwent a substantial change the following day when she explained what happened the previous day. There was no mention of an attack nor a conspiracy. But by then, the state had witnessed a series of clashes between her followers and those of the BJP which has emerged as the principal opposition to her party, the Trinamul Congress, this time around. There was also an attempt to blame the Election Commission of India that has virtually taken over the state’s administration and shifted the state police chief and his deputy recently.

Fair and free elections where citizens vote peacefully and elect their representatives and rulers are one of the seminal pillars of a functioning democracy. Every institution of the state has a responsibility towards ensuring it; more so for politicians in power. Every election is fought in a highly charged atmosphere and party cadres would miss no chance to pounce on their opponents.

It is for level-headed leaders to ensure that the ultimate goal is to create an atmosphere where every voter and her choice are respected. It is unfortunate that the West Bengal chief minister did not think through it before going public with a conspiracy theory.

In a democracy, people make their choices after processing the information they receive. It is imperative that all those who are duty-bound to protect democracy and its institutions also ensure that the right information reaches the people and the wrong and fake do not. It is only in such a background that their decision would further the cause of democracy. Igniting passion based on religion or ideology or people’s love for their leaders is easy but swaying people’s opinion by good governance is not.

Politicians of all hues must be willing to place themselves for public scrutiny of what they have done or not done in the past while going to people seeking votes. Nothing should allow this process to be bypassed, for it will colour the very exercise and drain it of meaning. There must be no shortcuts to power.

The latest events send a reminder to the Election Commission, too: it is entering a minefield in the following days and no amount of caution and preparedness would be excessive in the conduct of the elections.