GST rollback: A step in the right direction

There is a view being expressed that the government will loose about Rs 2 lakh crore because of the reversal of its earlier decision. 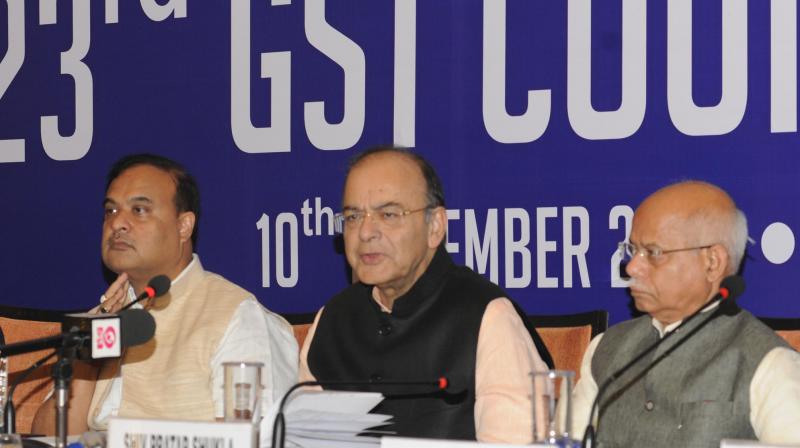 The GST Council must be commended for alleviating, to a significant extent, the enormous hardship that the poor and the small and medium industries suffered due to the hasty implementation of the Goods and Services Tax (GST). It has also helped the aam admi as the tax on items of daily use like healthcare products, detergents and even chocolates has been reduced. These are among the 228 items that were moved from the highest 28 per cent slab to 18 per cent whilst many of those in the 18 per cent bracket have been moved to five per cent and even zero tax. Whether this will bring the elusive aache din for the aam admi, only time will tell.

The Council’s push to the construction industry by reducing several items used by this industry into the 18 per cent bracket should bring some cheer to homebuyers that is, if the benefits are passed on. Interestingly, a section of the jewellery trade, which generates and helps in concealing large amounts of black money, has already found ways to circumvent the law, according to a sting operation undertaken by a news channel. This is a wakeup call for the government. There is a view being expressed that the government will loose about Rs 2 lakh crore because of the reversal of its earlier decision. But for this, it has only itself to blame. The government introduced GST in haste, making it one of the highest in the world. If the government is seriously contrite about the damage done, it should make the people/ person who took this hasty decision, answerable and deal with it accordingly. News trickling out suggests that this decision, taken in July 2017, was not unanimous.

West Bengal finance minister Amit Mitra has been proved right. Had the government listened to his views for postponing the July decision, there would have been no need for the GST Council to resort to the massive reversal of the earlier decision. Mr Mitra was echoing the views of state finance ministers across the country and of different parties. The GST Council was guided by the feedback from various organisations and this only underscores the fact that the government did not consult the peoples’ representatives before letting the Union finance minister Arun Jaitley’s view prevail. Prime Minister Narendra Modi’s vision of a federal structure was given the boot. It is hoped that the Prime Minister’s Office (PMO) will view this incident with all the seriousness that it deserves so that something like this is never repeated. Coming so close on the heels of the disastrous demonetisation, GST is responsible for pushing the already slowing economy further down The seriousness of the issue cannot be dismissed lightly as India lost its place as the fastest growing economy in the world in the last quarter (April-June). The nagging question remains: Who will undo the damage done, particularly to the small and medium businesses that are the backbone of the economy?

Going forward, the new deal offered by the Council is expected to broaden the tax base, make tax compliance easier and help the small and medium traders and entrepreneurs stand on their feet again. Whether there could have been a less painful way of achieving this is still open to debate.