Women have come a long way

Indian batswomen like Harmandeep Kaur showed that they are not all that much less than men in aggressive batting and playing the big strokes. 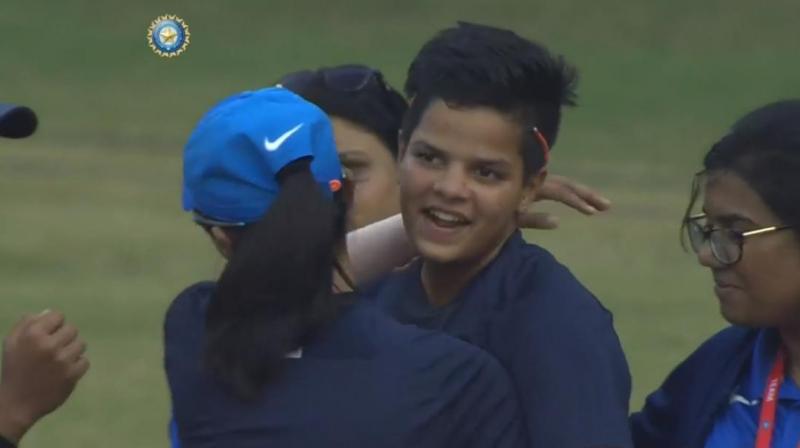 You’ve come a long way, baby” — the slogan promoting women’s tennis used to scream in times past when a career in professional sport was a rarity for women. It’s different now. Women have not only broken the glass ceiling, but are competing in all spheres with guts and grit. For girls to play out in the sun in a conservative land obsessed with fair skin may have been a pipedream, but that was then. Indian girls now excel in sport and are deadly serious about their sporting careers.

Comparisons may be odious, but it’s to young Shafali Verma’s credit that she’s beaten her idol Sachin Tendulkar’s record, becoming the youngest Indian player to make a half century in world cricket. Much like the genius who conquered the cricket world in prodigious fashion, Shafali, at 15-plus, is reeling off big scores already, with quick scoring.

When Shafali pummelled West Indies bowlers at the Gros Islet in the Caribbean with well-timed boundary hits and lofted drives over the bowler’s head, she was just emphasising how far women have come. Modern bats are marvels of compressed wood that have the inbuilt capacity to send the cricket ball a long way, but it needs not only timing, flow and reflexes, but a certain fearlessness in taking the aerial route.

Indian batswomen like Harmandeep Kaur showed that they are not all that much less than men in aggressive batting and playing the big strokes. Shafali, from Haryana’s Rohtak, is a naturally hard hitter of the leather ball, and she makes us all proud Indian women are decoding cricket at a very young age, to sparkle on the international stage.