AA Edit: We have consensus, so let's get to work on an exit plan

As the chief ministers said at the videocon, states need massive help in restarting the economy 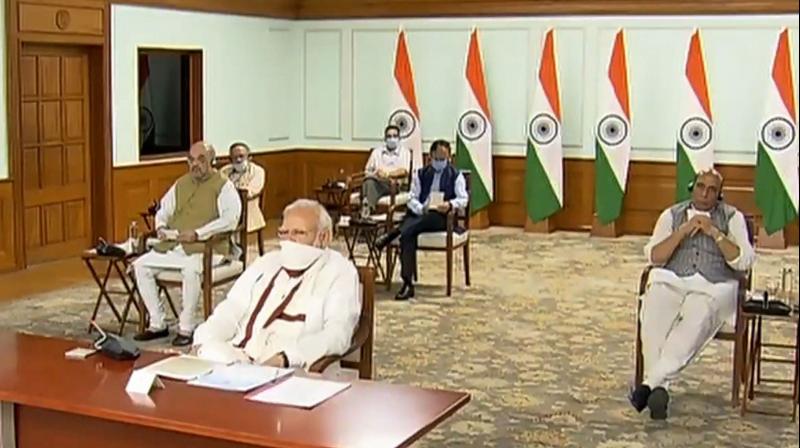 With almost all states agreeing, at Saturday’s videoconference meeting of chief ministers with the prime minister, on the need to extend the nationwide lockdown, it is now certain to go on till at least the end of this month. Unlike when it was imposed three weeks ago, through a prime ministerial broadcast to the nation giving only four hours’ notice to the population, this time the process of consultations between New Delhi and the states has been extensive, amid broad unanimity, and several states – including those run by opposition parties – have on their own already extended the lockdown till April 30. This shows a welcome realisation by state governments across India of the enormity of the threat we face, and the need for united action. This sharing of responsibility, incidentally, also goes to serve the political interest of all parties.

What isn’t yet clear, however, is how optimally the states have used this 21-day shutdown to expand the scope of testing to see how far the virus may have spread. It has clearly been inadequate in a large number of areas. Without intensive testing, at least in the hotspots and all areas where coronavirus cases have emerged, there is no way of knowing how much of a threat we face and what must be done to contain it. This is one of the biggest priorities now for the central government and all states.

But along with the rising Covid-19 cases, an equally serious – if not bigger – threat is the impact the lockdown is having on our economy, particularly on people’s lives and livelihoods. A prolonged shutdown could be devastating to millions of our people, which is why several chief ministers stressed, in their interaction with the PM, the need to restart some forms of economic activity, at least in phases. For the same reason, Modi directed his cabinet colleagues as well as senior bureaucrats to get back to work from Monday to devise a lockdown exit plan. It has been suggested the central government and states should work out a calibrated strategy under which some businesses and markets could restart in a limited way, but only in areas where little or no infection has been seen. Under this plan, cities and districts could be classified into red, orange and green zones, with complete curbs remaining in the red zones and limited activity permitted in the green zones. Within cities, some internal transport could be restored in the green areas, but inter-state traffic might have to wait longer. This is a welcome sign, and could be the way back to something like near normality one day. The PM, in his meeting with the CMs, also indicated such a shift.

To do all this, and to step up testing and provide relief to those most in need, the state governments need a lot of help, and only the central government can provide it. Almost all CMs requested such help, but this did not get any immediate response from the PM. New Delhi's stimulus package of Rs 1.7 lakh crores is clearly inadequate, just a drop in the ocean. A whole lot more needs to be done, and urgently.