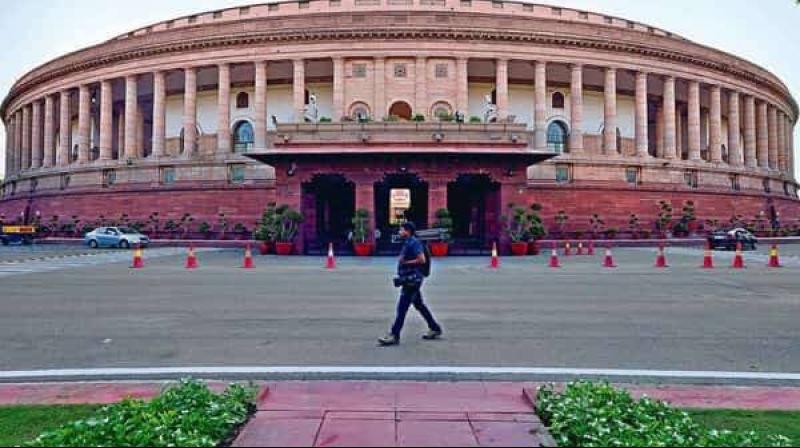 Thanks to a consensus among all political parties that the right to choose who will benefit should devolve to the states, the role of the Centre is being willingly surrendered in this push for sharing of the power to decide who will get reservations in education and government jobs. Representational Image. (Twitter)

The disruption of Parliament with nearly the whole Monsoon Session hamstrung by Opposition demonstrativeness and government obduracy in not relenting to a free debate on issues of the day and its adjournment sine die before schedule are illustrative of how India’s parliamentary democracy is evolving. There is scant regard for the legislature once elections are over even though Bills are passed to show business has been conducted. It was surprising then that such a disorderly session should settle down briefly to pass the 127th Constitution Amendment. Far from paving the way for any agreement to restore the primacy of debate and discussion as a prelude to making laws, this only showed that when it comes to serving self-interest even confrontational political parties can come together in a common cause.

The amendment to the Constitution allows states to determine which of the OBC groups are eligible to get the benefits of reservation. A Supreme Court verdict had come in the way of the states by ruling that only the Centre could wield this power of elevating OBC groups to the quota. Since their percentage of the population is thought to be nearer 45 per cent as determined by schools admission data in the absence of caste-based census, there is never a dearth of clamour for quota eligibility inclusion by caste-based groups. Thanks to a consensus among all political parties that the right to choose who will benefit should devolve to the states, the role of the Centre is being willingly surrendered in this push for sharing of the power to decide who will get reservations in education and government jobs.

In today’s arguments over reservations, including in voices heard more volubly now that the 50 per cent ceiling that the Supreme Court insisted upon in the Indra Sawhney case of 1992 should go, the slant is entirely political. What has been lost sight of is when affirmative action was introduced, its basic tenet was advancement of historically disadvantaged sections of society. Politicians are coming together today to share this power of playing the benefactor in a selfish way rather than attempting any reform of the basic reservations policy. However, the cause of the OBCs is not to be denied as they form a chunk of society with a claim to reservations as a privilege enjoyed by many, but which has become an entitlement thanks to politicians pandering to groups as a vote-catching exercise and letting the concept of affirmative action descend to downright populism.

It is another matter that governments have less to offer these days as there is a greater premium on seats to quality higher education as much as there has been a shrinkage in government jobs, which means even fewer jobs in those that are reserved in quotas by caste or in the economically weak EWS category. As these stable jobs come from one of the largest employers in the country, government employment is in great demand, which again only enhances the power of politicians to determine who will get them. The amendment then is owed to the politicians' club distributing the right to play benefactor, which means this game will be played in perpetuity regardless of whether reservations confers benefits in the way they were originally intended.