Karnataka gets dose of crass politics

The response, with the Congress painting the BJP and RSS as ‘Hindu terrorists’, has been typically combative, but ugly. 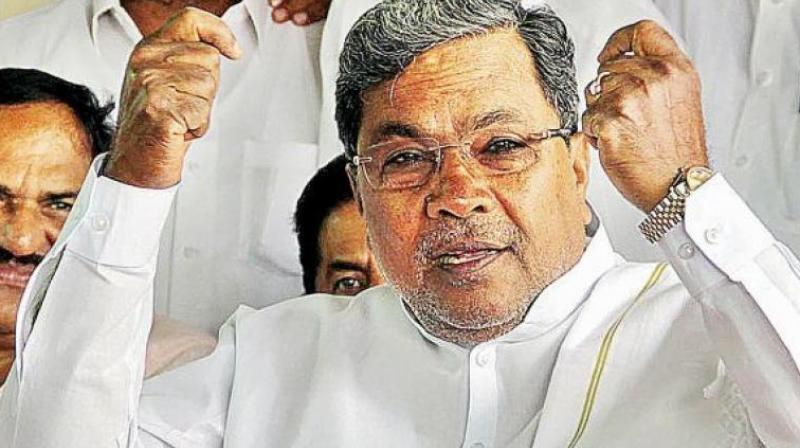 The public discourse in Karnataka has hit a new low as it plumbs the depths before Assembly polls. Given the state’s history of invectives, this public exchange of verbal hostilities may not be that unusual. A former Prime Minister had once assailed the then chief minister with a choice expletive that was more in the Donald Trump class of abusive language. However, the great danger in the latest exchange of incivilities is the degree of polarisation the people of the state are being subjected to. A no-holds barred contest at the hustings with each speaker trying to outdo the other in raking up core political issues of the crasser kind is certain to hurt the long-term interests of a major state. Considering the closeness of the verdict in the Gujarat elections, it is only natural that the poll temperature is high, but both sides must take heed of the damage they are wreaking on the psyche of the people.

Sparring with Hindutva as a poll plank was predictable after the Gujarat experience of the principal Opposition party in the Congress also playing upon sentiments to attract the votes of the majority community even as its president went on a temple run to counter the BJP’s biggest poll draw, which is playing up to majoritarianism. What this has done is to further stoke the discord already apparent in Mangaluru and coastal Karnataka where extremely bigoted rightist elements have long been stirring the pot. Communal disharmony has been witnessed there for a while now with the moral policing of the youth of all major communities leading to or threatening violence. Buried in these flare ups is the basic inequalities in development. It is against this background that the dangers must be assessed of outright campaigning on Hindutva lines and triggering the beef debate to drag in chief minister Siddaramaiah as Uttar Pradesh chief minister Yogi Adityanath has done as his party’s poster boy early in the campaign.

While the BJP’s right to employ anyone to canvass for votes cannot be questioned, what the party seems to have lost sight of is a more sensible campaign to highlight the anti-incumbency factor weighing on the Congress government. The response, with the Congress painting the BJP and RSS as “Hindu terrorists”, has been typically combative, but ugly. Farmer distress has historically been the highest in the state. The IT capital of the country is stifled by infrastructure problems hampering growth. Bengaluru’s civic nightmares with traffic and pollution, as highlighted in foaming lakes and changing weather patterns have all been forgotten as major parties are unable to resist the temptation of using religion as the main poll plank. It is clear that the people of Karnataka deserve much better but it is unlikely they will get it as we seem, as a nation, to be losing the larger perspective of quality of life because electioneering is assuming a beastly nature. The destructive nature of such politics should be obvious.