Mankind has come a long way since Albert Einstein’s genius postulated the Theory of Relativity in the 20th century. 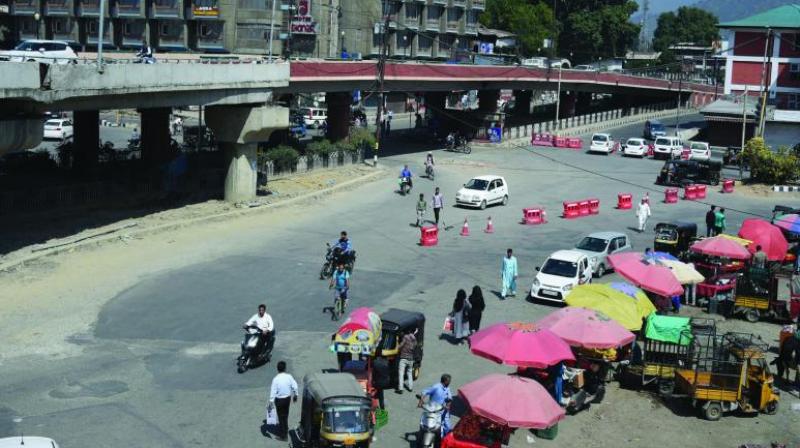 Vendors sell fruits at Jehangir Chowk in Srinagar on Thursday. Normal life remained affected in Kashmir as the stalemate following the abrogation of Article 370 entered its 39th day with schools closed and public transport off the roads. (Photo: PTI)

While many believe “an apple a day keeps the doctor away”, it didn’t help Adam and Eve much in the Garden of Eden. Apples are causing Kashmiri farmers much distress as Rs 8,000 crores worth low-hanging fruits are inaccessible and need serious governmental help to pluck them and send them off to nationwide markets. It’s fascinating that the fall of one apple from a tree may have changed the very landscape of man’s knowledge about his planet and the Universe manifold when Sir Isaac Newton discovered gravity as a major force of Nature, deducing it from the fact that a falling object wouldn’t otherwise start moving from rest. This was in the 17th century. Mankind has come a long way since Albert Einstein’s genius postulated the Theory of Relativity in the 20th century.

The wisdom of at least one BJP minister doesn’t seem to have absorbed the lessons of history well enough to be able to distinguish between apples and oranges, or between apple and Apple, the corporate he is wooing to ease India’s economic slowdown. If not for maths, the bedrock of economics, we can’t distinguish where we stand as a people and know what our GDP is. The economy is now seen in freefall but, unlike Newton’s apple, not from gravity. A somewhat confused minister couldn’t distinguish between these two great mathematicians. But this is par for the course: he is convinced mathematics itself isn’t worth pursuing, although his party line is that ancient Indians knew all about it. It’s a pity the gravity of the economic slide isn’t clear to him. Maybe he just doesn’t have the gravitas to comprehend there’s more to a falling apple and a fading GDP.