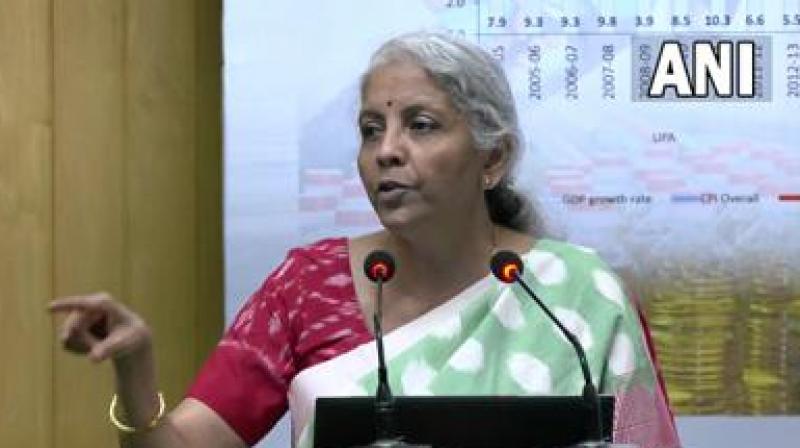 Union finance minister Nirmala Sitharaman’s outburst at a meeting in New Delhi about the poor investment by Indian companies is one of rare occasions where the Narendra Modi government has acknowledged pain points in the Indian economy.

It is the first time since Prime Minister Narendra Modi came to power in 2014 that a senior minister has said that the Indian industry was complaining that the environment for investment is not conducive. This observation paints a grim picture of the Indian economy under the Bharatiya Janata Party (BJP) government, which came to power in 2014 by criticising its predecessor — the Manmohan Singh government — of causing policy paralysis which affected the investment climate in the country.

The finance minister spoke of foreign companies, which are moving out of China, want to come to India because of the government’s policies and wondered why domestic companies did not increase their capital investment, which could have created more jobs.

The divergent attitudes of the domestic and foreign companies was always evident because foreign companies — as the finance minister rightly said — were looking for low-cost manufacturing to reduce their dependence on China. So the prime focus of such companies was the global market. Most Indian companies, on the other hand, primarily focus on tapping the domestic market. If the economic growth in the country is wavering or if major calamities like the Covid pandemic affect people’s purchasing power, it will impact the demand in the domestic market, raising red flags for Indian companies.

The finance minister referred to foreign portfolio investors investing in stock markets. While the government could claim that a soaring Sensex means a booming economy, nothing could be farther from the truth because the BSE Sensex reflects the performance of merely 30 companies. Even at the broader stock exchange level, the BSE is about the performance of 3,611 companies, leaving out lakhs of micro, small and medium enterprises. The stock markets, therefore, need not necessarily be a gauge for people’s economic prosperity or otherwise.

Referring to reports that MSMEs have not received their dues to the tune of Rs 10 lakh crores, the finance minister merely said that not all the payments were due from the government but corporates owe a considerable amount to small businesses. If the amount of pending dues is true, the government should find out why major companies are delaying the clearance of such dues. If an amount as big as Rs 10 lakh crores is infused into the country’s economic system, it will work as a major stimulus. So why is the government keeping mum? What is the reason for such inaction? Only madam finance minister can answer this question.