Fake news is winning the war against facts

Extensive research by the BBC World Service has thrown light on what India has known for a while as an incipient problem of fake news. 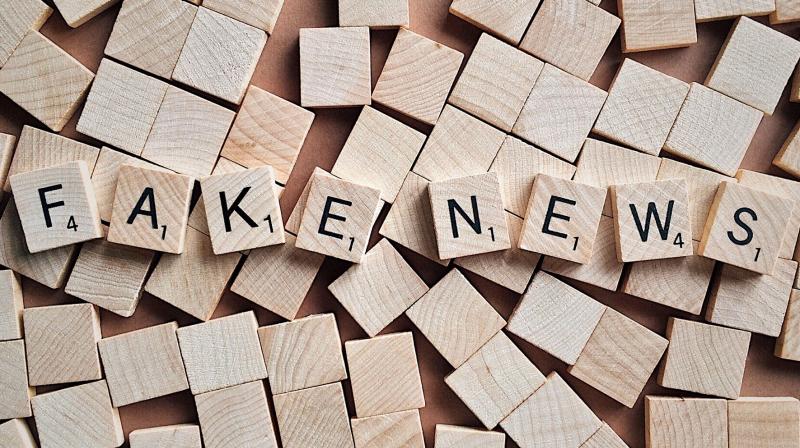 The political atmosphere is so vitiated, though, with both sides tending to believe in hurling invective, that fake news and trolls, generated largely by paid cyber cells, has turned into a serious, viral problem.(Representational image)

Extensive research by the BBC World Service has thrown light on what India has known for a while as an incipient problem of fake news. The hyper-nationalism promoted by large political groups was fuelled by wide use of the mobile Internet enabled for millions thanks to low data prices. Fake news, it has been claimed, is driven by the jingoism of ruling forces. What started as a legitimate effort to project their policies/programmes has been taken over by hate campaigns run by cyber goons against Opposition leaders.

Opposing them in this tech-enabled divisive war of pure vitriol is the major Opposition party’s social media cell. What we hear now as the fruit of research is any control over fake news has been lost in India with WhatsApp, the major instrument of connectivity among individuals and groups, helpless about the spread of fake news.

There’s a difference between what Donald Trump rails against as “fake news” in the United States — which is actually news and opinions not in his favour — and what India’s “fake news” is. Our variety is to spread chauvinistic false information leading to disruptive social tensions. The huge misinformation outbreak of that led to a mass exodus of northeastern people from South India was one such consequence. Indians tend to read and believe information that is forwarded by trusted friends without first checking on its veracity.

WhatsApp tried limiting forwards to groups in terms of the number of messages, but that strategy has largely failed. Research shows WhatsApp tags are acting to encourage more forwards. In Kenya and Nigeria, where the same study was done, people were at least trying harder to verify the accuracy of the forwarded messages.

How then do we bring about Internet hygiene in India, to cleanse the system of hate and venom generated by a well-oiled machine run by rightist forces?

Besides urging people to distrust all instant news sources that are not backed by traditional media methodology, such as identifying more than one source to authenticate a news development and its careful dissemination, there’s little that can be done.

With the deep split between the government and Opposition that such propagandist use of mass communications has caused, no normal social media check is possible. This is the huge social challenge — and civil society, the government and tech companies needs to act in a concerted manner.

The political atmosphere is so vitiated, though, with both sides tending to believe in hurling invective, that fake news and trolls, generated largely by paid cyber cells, has turned into a serious, viral problem. The world, once driven by hard facts, is losing the battle to toxic propaganda. Political parties need to rein in their cyber armies, and quickly.