Salute to a true humanist

She was president of the Supreme Court Bar Association too, but her work went far beyond her posts. 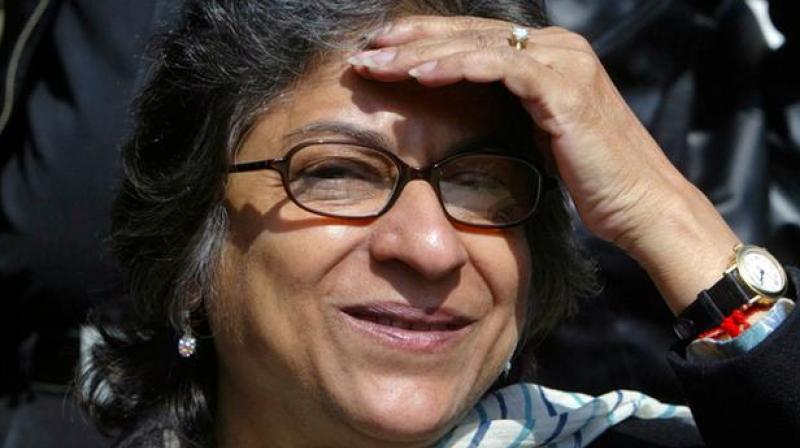 In Asma Jahangir’s death, the world has lost a humanist. She lived her life as a compassionate human being, espousing causes in a much-needed contrast to the jingoistic game of generals and politicians’ parochial path in the subcontinent. As Pakistan’s most prominent rights activist, she was a natural fit as chair of the Human Rights Commission. She was president of the Supreme Court Bar Association too, but her work went far beyond her posts. She fought several cases of Indian prisoners whose legal and human rights were denied for obvious reasons of national enmity. In battling for women’s causes in an intensely patriarchal society, she courted unpopularity, while her role as UN rapporteur on human rights and extrajudicial killings made her a figure of hate for some.

The life of such individuals, who strive despite the strife-ridden ways of governments across the region, reminds us that true humanity surpasses national boundaries and narrow-minded people. The guts needed to defend minority Christians charged with blasphemy, an offence carrying the death penalty in Pakistan, can well be imagined. The grief felt on her passing relatively early due to cardiac arrest went beyond borders too, a clear sign humanity has champions even within the constraints of the prevailing political-religious environment. And she wasn’t alone in Pakistan, that also has Abdul Sattar Edhi and Bilquis Edhi, who took care of Geeta, the Indian girl who had inadvertently crossed the border, and Ansar Burney, who fights for prisoners’ causes around the world. Dark as life may often seem, there are great people who shine a light on it.