India@70: Let’s get the basics right

Democracy is a modern system of governance and organising the State and society. 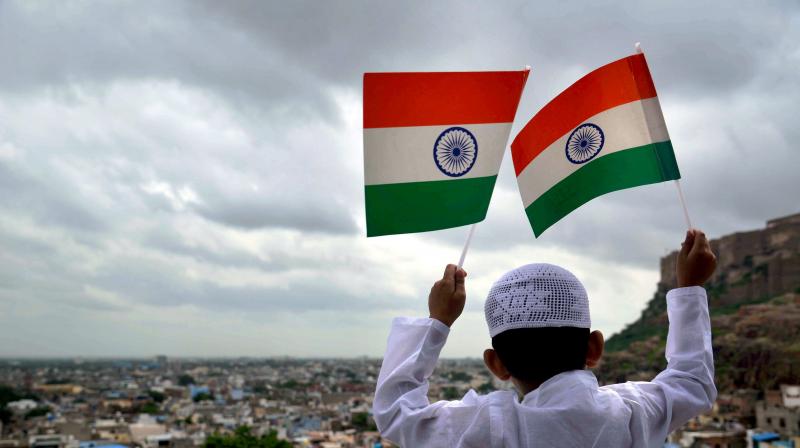 A boy waves the Indian tri-colour flags at Mehrangarh Fort road on the eve of Independence Day in Jodhpur, Rajasthan. (Photo: PTI)

Any Independence Day is special, and today we shall be completing 70 years as a free nation. On this day seven decades ago, we became the largest country in the world to defeat the world’s biggest colonial power. The question, however, is: what did we do with the sovereign power that passed to the people of India?

Our record here is impressive by any yardstick, but it’s a very mixed record - and that is our tragedy. This need not have been the case if we were more careful about electing our legislators, people who make policy and give political direction to the country. The most important aspect of our existence as a sovereign, independent country has been democracy. It is important to remember that freedom and democracy came along with the Partition of India on religious, communal lines. This was all the more reason that minorities must be made to feel secure, and not merely enjoy formal equal citizenship with the majority community, deriving from the lofty words of our Constitution. This was critical for national integration and for national unity, in the absence of which we would fall easy prey to predatory tactics.Democracy is a modern system of governance and organising the State and society. That we could bring this about with striking success owes to the modernist vision of the leaders of the freedom struggle - most notably Mahatma Gandhi and Jawaharlal Nehru, and after Gandhiji’s assassination by Hindutva fanatics only a year after Independence, to the tireless efforts of Nehru, our first Prime Minister, whose name and enviable record of work as the architect of modern India is being sought to be given an indecent burial these days. In these 70 years, we have grown to be the world’s fifth largest economy from being among its poorest countries. We have also taken nearly one billion people out of poverty and about an equal number out of illiteracy. Though the new levels reached are not complete enough for a wholesome life and much more needs to be done, the achievement came under the rules of raucous democracy, unlike in China. We also conquered space and built educational institutions of the highest calibre, though abysmal systems of basic illiteracy and medical care still stare us in the face, pointing to India’s skewed and iniquitous development.Since Independence Day last year, it’s hard to pinpoint concrete achievements. The economic outlook seems less certain, going by the government’s latest Economic Survey. There are few jobs. Farm distress has not been alleviated. Demonetisation has brought much misery. National unity and integration appear under strain with Kashmir burning, and minorities across India feeling besieged. We must skip the rhetoric and get down to doing the basics right, and steer clear of the ideologies of extremes.