Instead of a cautious approach, Koshyari has chosen to be sarcastic in his letter and ask whether the CM has turned 'secular' 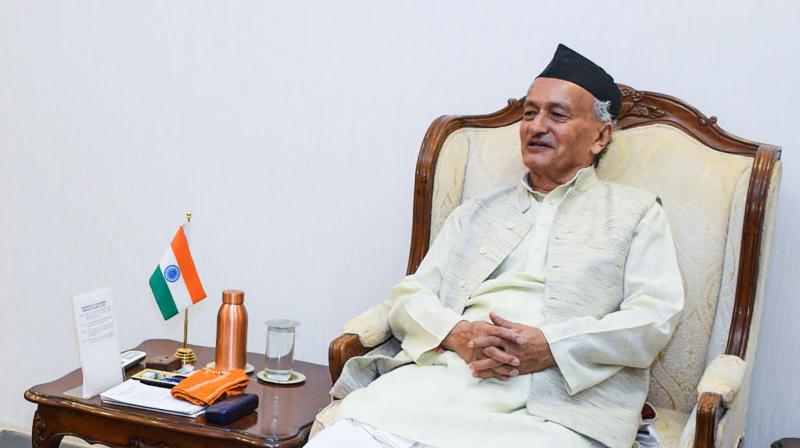 Instead of a calibrated and cautious approach, Koshyari has done the opposite. He has chosen to be sarcastic in his letter and ask whether the CM has turned “secular”, forsaking “Hindutva” that he and his party Shiv Sena proclaim. (PTI)

Maharashtra governor Bhagat Singh Koshyari’s letter to chief minister Uddhav Thackeray earlier this week asking him to order the reopening of temples, closed on account of the Covid threat, in the upcoming festival season is a singularly unfortunate development. The governor was expected to be more mindful of his constitutional role.

At the very least, he was expected to eschew political partisanship. It hasn’t gone unnoticed that Koshyari’s letter coincides with the state BJP’s agitation for the opening of temples, oblivious to the critical situation Maharashtra faces on the fight against the new coronavirus. Maharashtra is country’s worst-hit state on account of the virus in spite of the state government’s spirited effort to combat the deadly foe.

It was expected that the governor would urge the government to adopt a calibrated and cautious approach in the face of representations from sections of society to let temples be open to devotees when important religious festivals, where participation is typically at a mass level, are held. But he has done the opposite. He has chosen to be sarcastic in his letter and ask whether the CM has turned “secular”, forsaking “Hindutva” that he and his party Shiv Sena proclaim.

In fact, Mr Koshyari has no business subscribing to or supporting a political or ideological creed in official communications. In our Constitution, the role assigned to the governor is to ensure that a state is being governed according to the letter and spirit of the Constitution, in the absence of which the elected government can be dismissed and Central rule imposed for a limited period.

In the present case it is the governor — the gatekeeper of the Constitution in a state — who appears to be in violation. Replying to his letter, the CM was right to remind Raj Bhavan that the occupant of the gubernatorial office has taken his oath on the Constitution, of which “secularism” is an intrinsic part. The tone of Mr Koshyari’s letter appears to strongly hint that he himself has no truck with “secularism”. Holding such views in an official document, which the letter doubtless is, the incumbent has cast himself beyond the pale of constitutional propriety and offers himself as a poor role model.

In offending constitutional values, the governor offends the people of the state and deserves to be withdrawn. It’s a pity he has elected to emulate the poor example set by his counterpart in West Bengal. Looking at the broader picture, it appears that some governors in states run by non-BJP parties — Kerala and West Bengal come to mind, besides Maharashtra — have adopted the policy of needling their state governments. Such an outlook is unlikely to yield a harmonious relationship between the state and the Centre. NCP patriarch Sharad Pawar, one of India’s most accomplished politicians, has complained to Prime Minister Narendra Modi about the unbecoming nature of the governor’s letter to the CM. A thoughtful reply is in order.