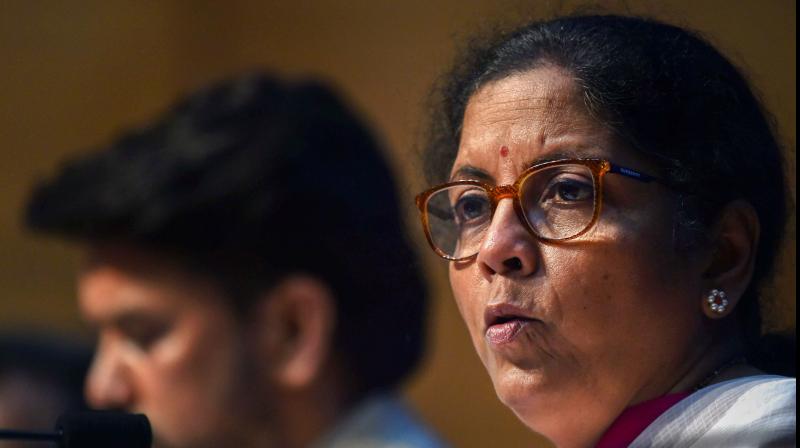 Chief economic adviser Krishnamurthy V. Subramanian on Thursday said that the Covid-19 pandemic has severely dented the demand for non-essential goods, creating deflationary conditions. Deflation was something that India has never witnessed and is considered worse than benign inflation for the growth of the economy. During a deflationary period, when the prices are falling, consumers postpone the purchase of non-essential items in anticipation of low prices. The fall in demand would force entrepreneurs to curtail supply, resulting in job losses. Such kind of consumer behaviour would be disastrous especially when the fear of coronavirus has pushed several sectors like tourism, hospitality and eateries into a state of coma.

In such a dire situation, only a strong economic booster shot could prevent deflation in the Indian economy. The government was the only entity that could have immediately put money in the hands of people for keeping demand and supply alive. Union finance minister Nirmala Sitharaman, however, has fallen back on her government’s incremental approach to economic reforms and focused majorly on providing liquidity through banks instead of direct spending.
The key announcements like providing concessional credit of Rs 2 lakh crores to small and marginal farmers through Kisan Credit Card and working capital loan to 50 lakh street vendors amounting to Rs 5,000 crores are implemented through public sector banks. People who want to avail of these benefits will have to go through long processes, which public sector banks are famous for and would not provide the support that the economy wants immediately.

The minister has offered two per cent interest subsidy for Shishu loans given under the Mudra loans. Since the maximum loan amount under the Shishu loan category is Rs 50,000, the borrower could save merely Rs 1,000 over a period of one year due to the government’s largesse.

Aiming at the people belonging to the middle class, the government extended the interest subsidy for purchasing affordable houses for one more year. The catch here is a person has to buy the house to avail of this sop. The question, however, is how many people would like to take on liability to buy a house when their source of income itself has become highly uncertain.

While providing free food grains through the public distribution system (PDS) could hopefully take care of migrant labour’s hunger, two other steps proposed for migrant labour such as affordable rental housing scheme and ration card portability are aimed at the future and do not help them immediately. Providing Rs 6,000 crores for Campa fund is too little to create adequate jobs for adivasis and amounts to mere lip service.

The economy needed a massive spending programme by the government or cash-rich public sector enterprises. But the government wants people to run pillar to post at highly bureaucratic public sector banks and support the economy. When a patient’s heartbeat slows down; doctors have to immediately apply defibrillator shock to restore the beat. The coronavirus-infected Indian economy needed such a shock, but an overcautious government has administered it an oral medicine instead.