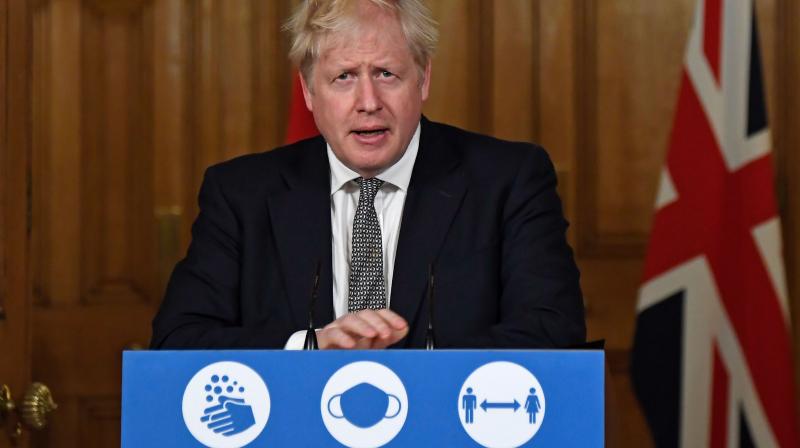 A sweeping Cabinet reshuffle in the UK is the clearest sign that the eyes of the ruling party may be focusing on the polls even if they are a couple of years away. An election is most likely to stir incumbents into action in a stable democracy though the British Prime Minister Boris Johnson ascribes it to the larger task of building anew after the worst of the pandemic seems to have passed.

The demotion of Cabinet heavyweights like Dominic Raab, avowedly in a quixotic dichotomy of a demotion-promotion move that saw him stripped of the powerful foreign secretary’s post for holidaying on a Greek island beach while the Taliban was overrunning Afghanistan but who gets the rank of deputy PM, and the education secretary Gavin Williamson, besides the Roberts — Buckland and Jenrick.

India might be pleased that Liz Truss, who picked up a reputation as trade secretary and signed pacts with 63 countries to assert the UK’s place as an independent economic power post-Brexit, takes over what is the No. 2 position. She was Britain’s first woman Lord Chancellor and now the first Tory woman foreign secretary and she played a major role to play in taking forward trade and business ties with New Delhi.

Hints of a Tory meritocracy are to be seen as two women and two from ethnic minorities are in four seats of power. PIOs Rishi Sunak and Priti Patel have survived the cull but they might have to take the responsibility as well as the blame for the unpopular increase in taxes to bolster the national health system (NHS) and the migrant crisis with boat people from Asia and Africa constantly sailing into UK waters.

The Tory party’s embracing of inclusivity and diversity, obvious in the composition of Johnson’s Cabinet in which an Englishman of Iraqi descent is also seen to be on the way up, does not, however, seem to include many people of Afro-Caribbean descent. The Manhattan-born PM, however, seems to have led his party to a historic high in the popularity charts despite the pandemic-induced economic crisis on the heels of a hard Brexit.