AA Edit | Biden affirmation is a win for US democracy

Mr Biden, put it in a gracious speech in which he said realistically, 'Now it is time to turn the page' 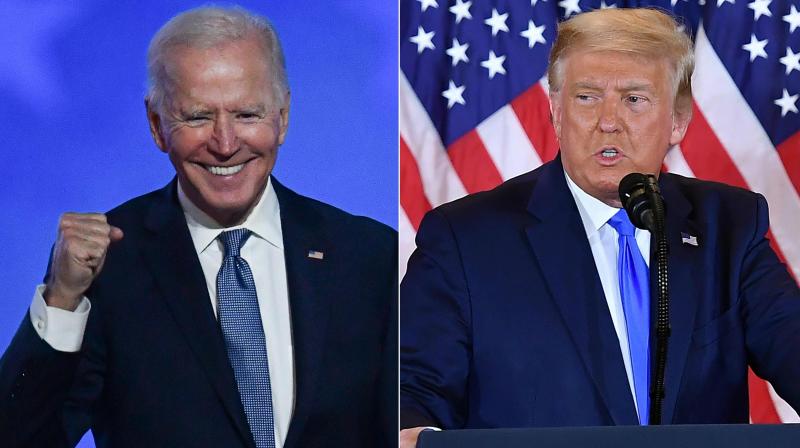 The Electoral College’s formal affirmation of Joe Biden’s victory was only a ritual. If it assumes the contours of a milestone in US election history, the blame should go to the outgoing President Donald Trump’s attempts to subvert the democratic process. “It is the rule of law, the Constitution and the will of the people” that prevails, as the victor, Mr Biden, put it in a gracious speech in which he said realistically, “Now it is time to turn the page.”

The proof of the durability of the US political system, which is an important template for democracies, represents a significant moment for all of  the free world. In the six weeks since November 3 in which Mr Trump and his supporters tried every bizarre trick in their subversive playbook to overturn a clear popular verdict in which Mr Biden not only got 306 of 538 Electoral College votes but also trounced Mr Trump — one of five Presidents to win the White House without a popular mandate — by over seven million votes.

The members of the Electoral College were only upholding the brief given to them in a democratic process but what the Supreme Court did in throwing out every challenge to the election is truly heroic. As many as 86 judges, many of them either nominees of Mr Trump or the Republican Party, displayed scorn or contempt for lawsuits that were part of legal manoeuvres backed by as many as 17 attorneys-general of states and 126 members of Congress.

The court made legal history in its unanimity after having seen through the subterfuge of trying to throw out 20 million legitimately cast ballots. This is a grand lesson in how the integrity of a justice system can be preserved only by the honesty of judges who resist the temptation to reflect any gratitude they may feel towards those who nominated them, or their own ideological leanings. Their firm rulings helped sustain the reputation of a great institution.

The catastrophic Trump presidency may not have fulfilled the worst scenarios of a crazed authoritarian let loose in the White House but the visible damage it has caused to a precious democratic process like free and fair elections will take a long time to mend. What Mr Trump did in repeatedly questioning the legitimacy of the presidential polls, considered the fairest in many quadrennials, is to corrode social trust in a vibrant democracy. In exploiting political divisions, Mr Trump had split a nation with his web of lies whose reach became phenomenal in the age of social media that can be so easily manipulated.

The strength of institutions was sorely tested in four years but so many of them came through with flying colours. Mr Trump’s animus against migrants as reflected in his stopping the DACA programme was stayed by the courts, so too his manipulation of visas and green cards. The media exposed his cruel separation of children from their parents. His own administration pooh-poohed his disinformation campaign on the coronavirus which, ironically, did not spare him either. The top court ridiculed his skewed election petitions and, finally, the people rejected his presidency.  His legacy, apart from damage to public trust in government, is bits and pieces of a Mexican Wall. A divided nation must pick up the pieces now.