AA EDIT: India must do much more on coronavirus testing

We still have no protocol on compulsorily testing people with symptoms 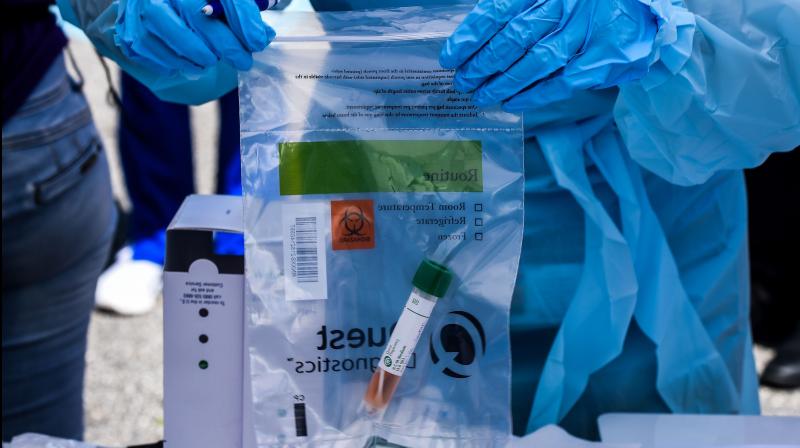 It’s imperative we form the widest possible coalition to fight the spread of the  coronavirus. Hence the initiative by India to bring together South Asian nations on the now defunct platform of Saarc is welcome. Our neighbours have responded positively to the call made by Prime Minister Narendra Modi for a joint fight and hailed the proposal to set up a Covid-19 Emergency Fund, to which India will make a contribution of $10 million. This should not end up as an image-building exercise for Narendra Modi; but should be followed up in the form of joint efforts to fight the disease from one of the poorest regions on earth. It should evolve into a platform to jointly resolve issues facing the region as it was originally envisioned.

While regional efforts are important, the government of India must look at the home front without delay, as a comparison with nations that have now gone down with Covid-19 shows a disturbingly similar pattern with India in terms of the pandemic’s progress. Some nations like Italy and Spain started with single-digit confirmed cases in the initial weeks, but the escalation into two and three digits was swift; and took just days. Spain, the latest to be battered badly, reported the first case on January 31, the second on February 9 and the third on February 24. In two days, the number started increasing, and according to WHO, it had 7,753 cases on March 15, with 1,452 additions on a single day. India too had a similar pattern with cases in single digit through February; only now has it begun to pick up rapidly.

The government must look seriously into two things: to get the available infrastructure ready for an exigency which experts suggest would unravel itself in three to four weeks. It should work with the private sector, especially in towns and villages, and prepare isolation and quarantine wards so tertiary care centres with intensive care units and ventilators can be used optimally. Second, most important, is to immediately augment testing facilities. Going by the data, India is among the lowest in number of tests per population among the affected nations. As of March 13, it had tested only 5,900 patients, which is five per million people, whereas the United States, which is being criticised for its inadequate response, has five times the test-population ratio. Of those tested, 1.32 per cent tested positive; indicating the latest figure of 117 is not something we can be take relief in. Many more infected people may have gone untested. We still have no protocol on compulsorily testing people with symptoms; Many have been asked to remain at home with medication and advised to come for a test only if their condition worsens. At the same time, the health ministry says only 10 per cent of testing facilities are being used now.

The government must advise states to augment testing facilities, and ensure the tests meet international protocols. There’s no time to waste, or else we’ll have to let our elderly die unattended, as some nations do now.