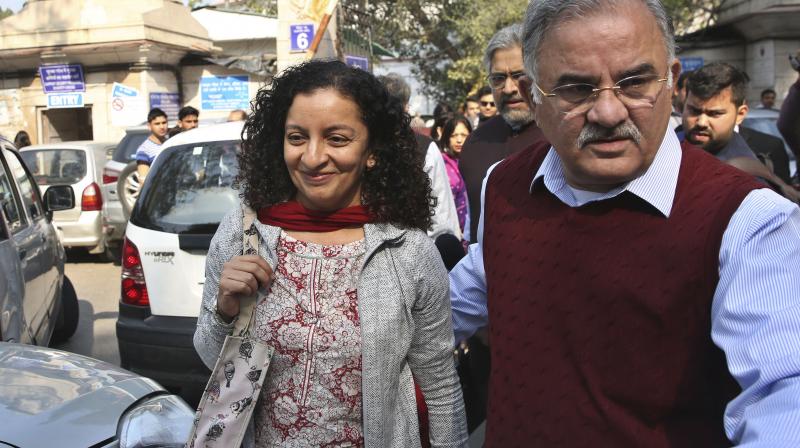 In upholding the dignity of a sexual harassment survivor, the court has not only shone the light on how such cases should be dealt with but also lays a solid foundation for the #MeToo movement in India. (Photo: AP)

Wednesday’s Delhi court ruling acquitting journalist Priya Ramani of defaming M.J. Akbar, a former newspaper editor and a former minister in the Narendra Modi government, goes far beyond just clearing her name. In upholding the dignity of a sexual harassment survivor, the court has not only shone the light on how such cases should be dealt with but also lays a solid foundation for the #MeToo movement in India. Women — and men too — should feel empowered to come out with the names of people who may have been guilty of sexually harassing them by dint of a superior position in the workplace. There is nothing so reprehensible as the dignity and honour of a woman being offended by those who wield the power of retaliation over subordinates. The court has shown great empathy for the victims while defining a virtual template for those who suffer sexual harassment to be able to name their tormentors regardless of whether such episodes took place decades ago, as indeed it did, in this case, revolving around a 1996 episode.

Speaking truth to power has been given a new definition in Priya Ramani’s case as a battery of lawyers had laid out these charges of defamation on the premise that the reputation of their client had been damaged. The additional chief metropolitan magistrate was emphatic that the right of life and dignity of women as guaranteed in the Constitution rules supreme. As the #MeToo movement raged in the United States and elsewhere in the wake of Hollywood mogul Harry Weinstein being named in 2017 as a serial predator, the victimised women of India began finding their voice. A few of the perpetrators named may have taken to legal recourse not so much to defend their reputation as frightening those naming and shaming them in public.

The great difficulty in pinning sexual harassment not amounting to rape as a criminal offence is that it takes place where there can be no witnesses. The verdict itself may be subject to appeal, but what the celebrated case has already achieved is to give every victim the chance to plead that truth is their witness as they name sexual predators.