As an epidemic, hate crime is on the rise in the USA, its graph exploding exponentially since the outbreak of the coronavirus pandemic 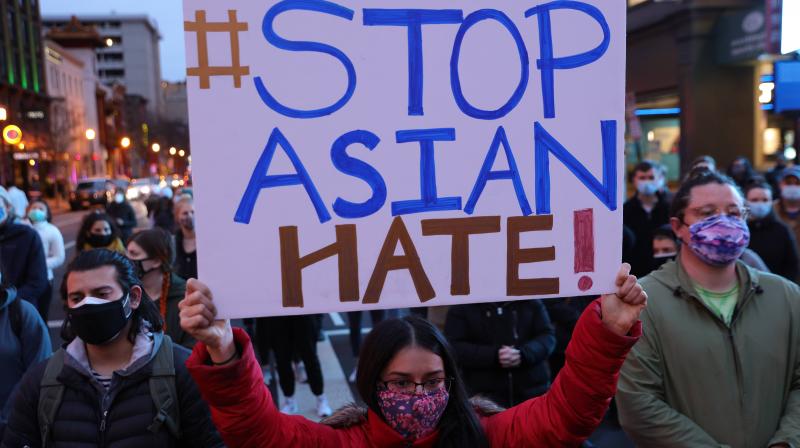 A diverse, multiracial society like America must own up that it has a huge racial problem in which visibly successful migrants are increasingly the victims of racial abuse, harassment and violent hate crimes. (Photo: AFP)

A series of shootings in Atlanta in which six Asian Americans were among seven women in eight fatalities in three different massage parlours have shaken up America. The investigation is yet to establish if the 21-year-old white youth’s actions were racially motivated but the signs seem clear enough as the profiles of a majority of the victims reveal.

As an epidemic, hate crime is on the rise in the USA, its graph exploding exponentially since the outbreak of the coronavirus pandemic. By calling it a “China flu” in his typically bigoted rhetoric, the former President Donald Trump may have ignited a wave of anti-Asian hate crimes. The attacker, on interrogation, had tried to rationalise his action as a way of eliminating an avenue to his own sex addiction. But, as a legislator said pertinently, such racially motivated crimes cannot be “rebranded as economic anxiety or sexual addiction”.

A diverse, multiracial society like America must own up that it has a huge racial problem in which visibly successful migrants are increasingly the victims of racial abuse, harassment and violent hate crimes, which have numbered close to 4,000 since the advent of the pandemic. The Black Lives Matter movement had highlighted shades of an even older form of racism rampant in the US but Covid-19 has enabled racism to spread so much as to create national insecurity, fear of foreigners and xenophobia in the US.

There is no such a thing as a perfectly equal society but one that turns on itself like this so easily and frequently must fear over where it is headed even as complexities arise in the modern age. Endemic violence is not so much an Asian American problem as an American problem, a major part of which can be traced to the Second Amendment and loose gun control. The perpetrator was able to buy a 9 mm handgun on the same day that he used it to exhibit his malefic intentions. Do we blame the trigger finger or unfettered access to deadly weapons in a country now notorious for mass killings?

Tags: shootings in atlanta, six asian americans killed in the us, us shooting, racial shootings, hate crime is on the rise in the usa, asians and black people killings, us shootings