AA Edit | Covid: Time is not right to lower guard

As per the WHO, new infections are up 8% globally compared to the previous week, with 11 million new cases and over 43,000 new deaths 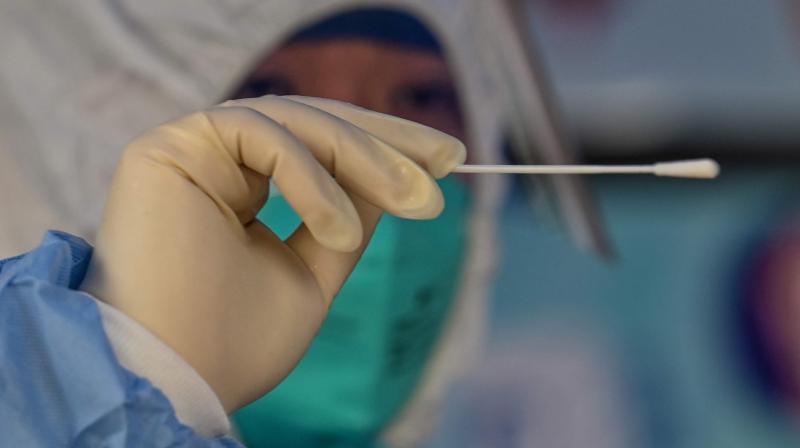 A health worker conducts a swab test for the Covid-19 coronavirus at a residential compound in Shanghai on March 18, 2022. (Photo : AFP)

After a brief interregnum, Covid-19 is back in the news with the fast spread of the infection being reported in several Asian and European nations. As per the World Health Organisation, new infections are up eight per cent globally compared to the previous week, with 11 million new cases and over 43,000 new deaths reported from March 7-13. It is the first rise since the end of January.

China was the first country to report the new wave early this month and it has now imposed a lockdown in several provinces covering an estimated 40 million people. The numbers are now rising in Hong Kong and South Korea as well. The United Kingdom, Italy and the United States have also reported the spread of the pandemic again. Reports say daily cases in the UK and Finland have increased by 60 per cent and 100 per cent, respectively. Most regions in the US reported the cases rising twice at the speed compared with last month’s.

WHO estimates that a combination of factors has contributed to the flare-up. They include the highly transmissible Omicron variant and its BA.2 sublineage, the decision of many nations to do away with the Covid-appropriate protocols, including the use of masks and the social distancing norms, and low vaccination. The UN’s health watchdog suspects the drop in testing in many countries would have kept the real picture from emerging. WHO director-general Tedros Adhanom Ghebreyesus is on record saying the cases are just the tip of the iceberg.

The number of new cases in India has of late been in the range of 2,500. India has distributed about 180 crore doses of the vaccine against the virus, which nearly covered the entire population. These two factors offer India a reasonable assurance that we need not be alarmist at this juncture. But, given the nature of the spread of the virus, the pattern of which is now available with the scientific community, there is little scope for us to lower the guard. With the world connected the way it was before the pandemic set in in 2020, it takes no time for the virus to hit us again.

The Union government has taken note of the new development and has advised the states to be vigilant against the pandemic. In an advisory, the government has reiterated its position that the five-pronged strategy must be followed in all states and union territories: test-track-treat-vaccination and adherence to Covid-appropriate behaviour.

Life was literally limping back to normalcy after the two-year run of the pandemic when news of the latest spread is coming. We can now be better prepared to take on the new variants with better scientific knowledge and the availability of preventive tools such as vaccines. The government must now speed up the administration of the booster dose of the vaccine by opening it up for all and push vaccination of the younger lot. The healthcare infrastructure should be kept well-oiled and the morale of its foot-soldiers safeguarded. It must also be ensured that there is no laxity in testing. The alacrity with which the government prepared itself for the third wave must be retained or redoubled while taking on the next, should it land on our shores.