Crack down on guns

Given how secure such hotels try to be with metal detectors in place, how he walked in with a weapon is a mystery. 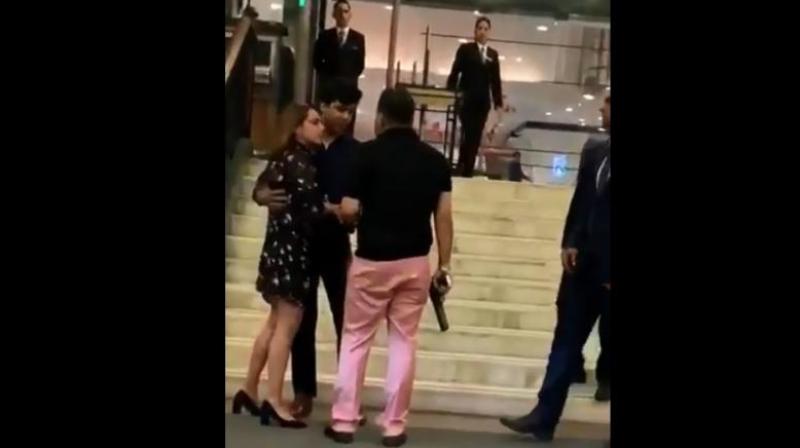 A majority of those who carry arms around Delhi are from the lower strata of society, and usually carry country-made pistols. (Photo: Screengrab)

The brazen manner in which a realtor pulled out his gun in a New Delhi luxury hotel is symptomatic of a growing gun culture around the nation’s capital. The businessman linked to UP politicians was involved in a petty quarrel after an obnoxious entry into the ladies’ toilet, for which he was pulled up by a woman. His reacted by brandishing a weapon and threatening her. Given how secure such hotels try to be with metal detectors in place, how he walked in with a weapon is a mystery. The law must act sternly and punish him for threatening people with a gun in a public place. He needs to be made a example of so that others who may possess arms, even legally, understand that they can’t be misused to terrorise citizens.

This is much worse than “VIP culture” behaviour by people who think they are above the law due to proximity to those in power. A majority of those who carry arms around Delhi are from the lower strata of society, and usually carry country-made pistols. Those in certain professions like realtors feel a compulsion to be armed. But it’s indeed a worrying that incidents of even road rage have led to guns being whipped out to buttress arguments that shouldn’t be taking place in a civilised society. People have been shot in fights over parking and other disputes, which just shows that those carrying arms are immature individuals emboldened by the possession of firepower. Surely, weapons are for personal protection, not public displays of power. This lesson can be taught only if the law is strictly enforced against anyone producing weapons in public.