An outrage in Kashmir

Evidently, they wish to impose their post-Burhan Wani politics on a youngster. 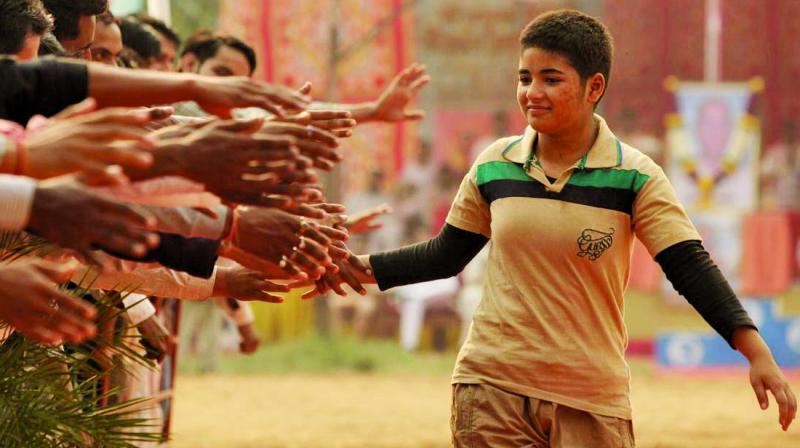 It is shocking that Kashmir’s religious right, which draws sustenance from Islamist terrorist outfits in Pakistan and their controllers, that country’s military establishment, has chosen to troll a 16-year-old Srinagar girl, Zaira Wasim, who is still making waves for her stellar performance in the superhit Hindi film Dangal, in which she played Aamir Khan’s daughter. To begin with, Zaira was praised by ordinary Kashmiris and her role in the film positively received, before the social media trolls took over. In their eyes, the child had committed a cardinal sin in having a courtesy meeting with chief minister Mehbooba Mufti, whom they don’t like any more.

Evidently, they wish to impose their post-Burhan Wani politics on a youngster. The young girl, who has emerged as an iconic figure, was put under such enormous pressure that she apologised on social media to her tormentors. She withdrew the apology after finding support from stalwarts across the nation, including Aamir Khan, who called her his “role model”, and others.

It would have been better if the so-called wise men of Kashmir, who are otherwise quick to pronounce themselves on the smallest of matters and arrogate to themselves the role of the society’s guide, watched the wilful insulting of a young girl in a non-committal fashion. They should have spoken up, but instead remained silent. This speaks volumes about their leadership quality.

The same lot didn’t troll a young boy who emerged as a singing sensation in a television contest. This makes their action misogynistic as well.