Explanations apart, the new team will have to compete against the record of its predecessor and prove its mettle 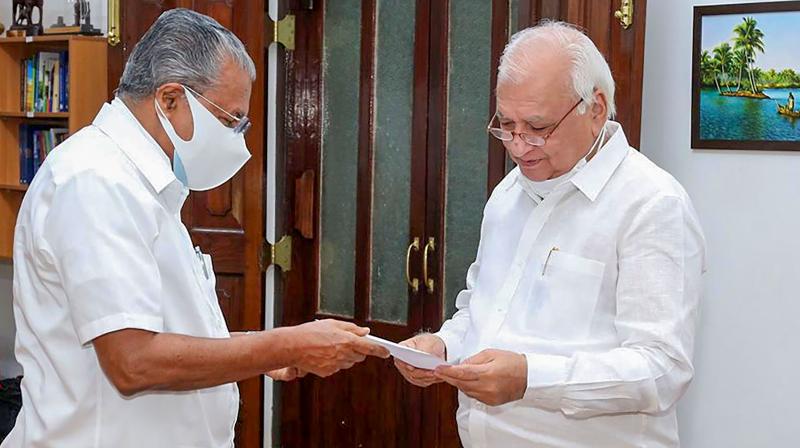 One startling exclusion and a historic allocation of a portfolio in a brand new team with an old captain mark the formation of the ministry of the Left Democratic Front (LDF) in Kerala, led by Pinarayi Vijayan. Seventeen of the 21 ministers in the new cabinet are freshers — the largest constituents, the Communist Party of India (Marxist) and the Communist Party of India, which have 12 and four ministers each, have nominated all fresh faces as ministers except the chief minister who belongs to the CPI(M).

The LDF broke a 43-year-old history when it returned to power for a second consecutive term in the elections held on April 6 on the back of its performance in the last five years, four of which were marred by events unprecedented in the state’s history — an epidemic, a pandemic which is at its peak even now, and two back-to-back floods. The hallmark of the first edition of the Pinarayi Vijayan government was that it left none to fend for himself or herself when faced with a calamity; the government and all its apparatus were there to fight the battle together with them. The government took upon itself the responsibility of protecting the dignity of human life and fought ferociously whenever it was challenged. The voters returned the favour at the hustings.

The CPI(M) had taken a calculated risk in the election when it chose not to field leaders who had completed two consecutive terms in the Assembly. This criterion ruled out from the contest several veterans such as finance minister Thomas Isaac and works minister G. Sudhakaran who had a record of sterling performance. And the gamble paid off — the electorate sided with the party which fielded new faces and the LDF won 99 seats in the 140-member Assembly, improving on its 2016 tally of 91 seats.

The CPI(M)’s decision to keep all the old faces in the previous ministry out led to the ouster from the new one of K.K. Shailaja, the health minister who led Kerala’s fight against the epidemic Nipah and now, the pandemic Covid-19, and earned global recognition. The decision to drop Ms Shailaja shocked many and triggered angry reactions even by fellow travellers. Observers read inner-party dynamics in the decision but the CPI(M) explains it away saying it cannot give exception to one minister when there are one too many performers. The party also points to its bitter experience in not experimenting with new crop of leaders in West Bengal and Tripura. Explanations apart, the new team will have to compete against the record of its predecessor and prove its mettle; the electorate has its touchstones ready.

The allocation of the department of dewaswom, which looks after the Hindu public places of worship, to a senior leader who comes from the dalit community is hailed as historic as it is for the first time a dalit leader heads it after it was created in 1996. It sends out a message to Kerala society, which has started showing the signs of dissipating its renaissance spirit that the leftists cannot let it happen.

The LDF has taken the road less travelled by. What difference it will make is for its team to prove.