Upon entering politics, Sidhu chose to hitch his political wagon to the BJP 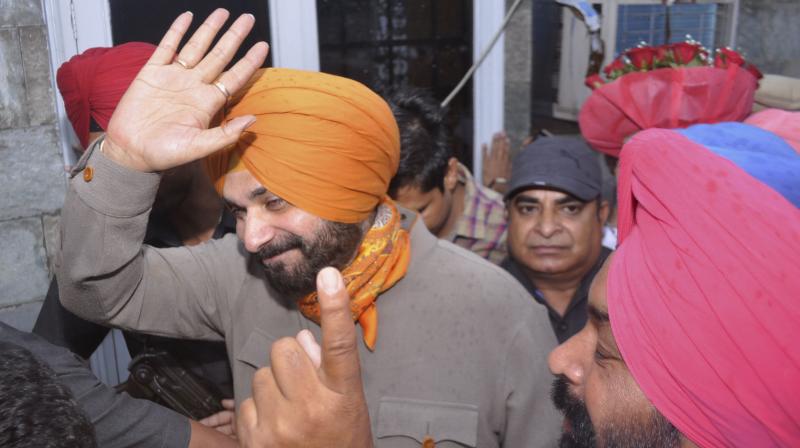 By making an ex-cricketer and showman-turned politician, Navjot Singh Sidhu, the organizational chief of the Congress party in Punjab, the party’s national leadership may have prejudiced Congress’ chances of doing as well as might be expected in the state Assembly election, which could be just over six months away.

The flamboyant Mr Sidhu comes from a traditional Congress family, but upon entering politics he chose to hitch his political wagon to the BJP. His fast-talking, quick-at-repartee persona did not impress the saffron party for long, and he was discarded five years ago. Only then did he enter the Congress.

To the chagrin of a broad spectrum of the Punjab Congress, the former cricketer has been fast-tracked to become the state party chief, although he is yet to earn his spurs as a politician. However, the one quality he has been noted for is to keep the Gandhis in Delhi in good humour through lavish praise. The new PCC chief has been traducing Chief Minister Amarinder Singh, who won the state for his party handsomely in 2017 without help from the national headquarters. This has gone on for two months without a break. Where this will lead is anybody’s guess, but it may be early to rule out far-going dissensions, the breakout of intense factional rivalries, and in the worst case a split in the party.

As for the new PCC chief, the present turn his life has taken is akin to winning a lottery. In the case of the party rank and file in the state, however, the implication is all too clear — to get ahead in life, the strategy must be to weaken the Congress through factional games and to run down the party’s government and leadership. Mr Sidhu did this for months and has reaped a great dividend.

To his credit, Captain Amarinder swallowed his princely pride and announced that he would accept the decision made by the national Congress leadership. He had one condition — that Mr Sindhu tender a public apology for denigrating his party’s government and vilifying the CM. But there seems little likelihood of any contriteness being shown by the new state party boss. This is all the more likely because, while inordinately leasing Mr Sidhu, the Congress national leadership has dismissed a key political recommendation of the CM, discounting him further in the eyes of the state party and the Punjab electorate.

Captain Amarinder had proposed four names for the post of working presidents. All have been rejected.  This can hardly be a good start for any meaningful relationship between the party organisation and the leader of the Congress government. Since the CM and the new party chief are from the same social group — Jat Sikh — it had been thought necessary to balance this denouement with four working presidents drawn from other prominent communities.

As party chief, Mr Sidhu may be expected to play favourites while signing candidates’ nominations, as PCC president, for the Assembly election in view of his ambition to become Chief Minister. It is not clear if Captain Amarinder will regard the whole situation with equanimity. The AICC leadership in Delhi seems to have demonstrated how to undermine a going concern.