WMCC is for border management, and to create a conducive atmosphere through the use of confidence-building mechanisms. 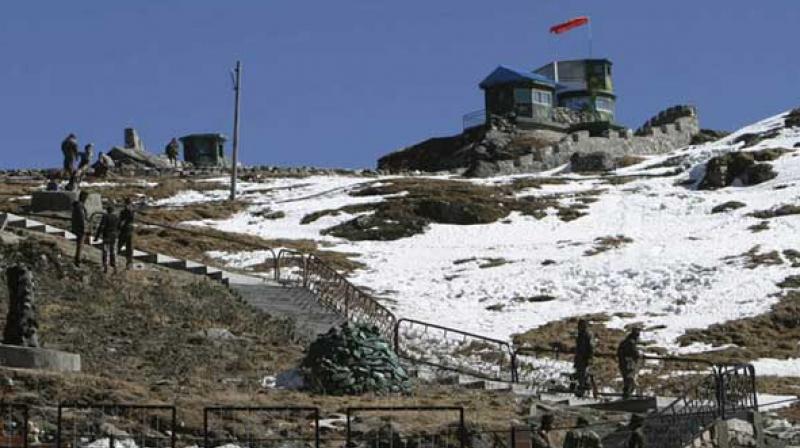 The discussion took in all sectors of the India-China border, from Ladakh to Arunachal Pradesh. (Photo: Twitter | ANI)

That India and China could hold a meeting to discuss the management of the unsettled boundary just two and a half months after the Doklam standoff ended in late August is a positive development. It owes to the sagacity shown by the political leadership in both countries.

The 10th round of the Working Management for Consultation and Coordination, a forum set up in 2012 to keep the approximately 3,400-km border regions smooth, was held in Beijing on Friday and officially India has called the meeting “constructive and forward-looking”. The discussion took in all sectors of the India-China border, from Ladakh to Arunachal Pradesh.

This is a good beginning. But it's best to keep in mind that since the WMCC's establishment in 2012, there has been growing mistrust in the area of border management on both sides, and a succession of border incursion events - beginning from the last days of UPA-2 and continuing until Doklam - have marred tranquillity in the border regions, to which both countries are officially committed. WMCC is for border management, and to create a conducive atmosphere through the use of confidence-building mechanisms; it is not for delineating and settling the boundary. That task has been looked at by a high-level group at the national security adviser level for about two decades now.

But this group has created formulation after formulation, which speaks of procrastination on the Chinese side. If early constructive steps are taken to clinch the boundary - to which the two sides are said to be very close if there is political will - as the technical work has been completed through laborious negotiations over the years, the job of the WMCC will be made much easier.

The statement that the external affairs ministry gave out after Friday's talks said the two sides had "agreed that the maintenance of peace and tranquillity in the border areas is an important prerequisite for the sustained growth of bilateral relations". This quite clearly means that trade and investment would suffer if the borders become tense through unnecessary grandstanding that the Chinese Army has resorted to in a needless show of aggression in recent years. This has been the case, and particularly so in the Ladakh area, including the Pangong Lake, a tourist attraction. In other places, Indian revenue officials have been turned back by armed Chinese guards who have crossed over into our side, thinking they are in their own territory. This appears to have been a deliberate ploy to demonstrate military strength. But such tactics are myopic and usually end in retreat. In case of genuine differences in perception, border commanders should communicate directly, rather than let their soldiers move from where they are stationed. That would be the best CBM.