When Modi appeals, citizens listen, as they did when they stood patiently in queues outside ATMs 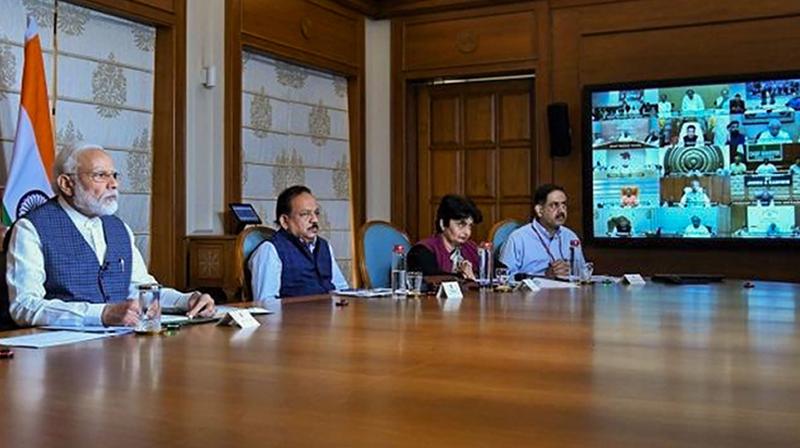 Modi speaks and a huge majority of over a billion follow.

The only thing predictable about prime minister Narendra Modi’s televised address to the nation at 8 pm on Thursday was its singular focus on preparing 1.3 billion citizens to combat the coronavirus.

It was refreshing, yet not surprising, that Modi chose to defy the visceral Indian inclination to foster a collective indifference in dealing with problematic issues. He chose to be direct and hard in defining the seriousness of the problem, a prerequisite for any leader’s address being heralded as great. It was brilliant in style, using simple storytelling devices, ensuring that the crux was not missed by the masses he was reaching out to: “Covid is deadly”, “we all face high risk”, “there are no cures” and “prevent to protect”.

The second part of his enunciation was magnetic, and in stark contrast with others in the genre, like reach-out of other global leaders, or chief ministers of Indian states. Instead of announcing a slew of measures his government would enforce, Modi turned to voluntary citizen action to combat the pandemic, betting on his personal charisma, a sui generis factor in this political generation, self-assured that his invocation of a direct appeal to citizens would yield desired collective positive response, yet again.

“Stay at and work from home”, “avoid travel”, “maintain social distance”, “give hygiene paramount importance”, and “don’t get complacent” — the Prime Minister sold all ideas with practised ease of a master mass-communicator.

Earlier, major decisions like closing down Indian airspace to all incoming international flights were reduced in stature to minor bureaucratic detailing, voiced by official minnows. Countering the economic fallout was left to a committee headed by the finance minister, too prosaic for the supreme leader’s attention.

In a smart segue, Modi converted a healthcare bulletin into a declaration of war, citizen-led, not too different from the two World Wars, or the wars with China or Pakistan.

This, the most chilling part was his call to action, a typical ace from his repertoire, including a psychological reversal of making an emotional demand of sacrifices from citizens (Netaji Subhas Chandra Bose asked for blood, Vinoba Bhave asked for rich people’s lands, Lal Bahadur Shastri asked for abstinence of a meal per day) — resolve with restraint, Janata Curfew, rich urged to pay salaries to their poor workers — and the climax, end it at 5 pm Sunday, like a religious ending of a fast, a loud salute to new heroes of this crisis: doctors, nurses, cops, journalists... et al.

When Modi appeals, citizens listen; they stand patiently in queues outside ATMs, they give up their gas subsidies, build toilets and clean streets, and will now sequester themselves in their homes. This is practice for challenges ahead, portended the PM. India agrees.

No matter how gigantic the challenge, it finds a direct solution, PM to people, beyond law and system, beyond limitations set by the sacred parchment of 1950, beyond courts; Modi speaks and a huge majority of over a billion follow. Reassuring, indeed!