DC Edit: The perils of rapid testing in anti-coronavirus fight 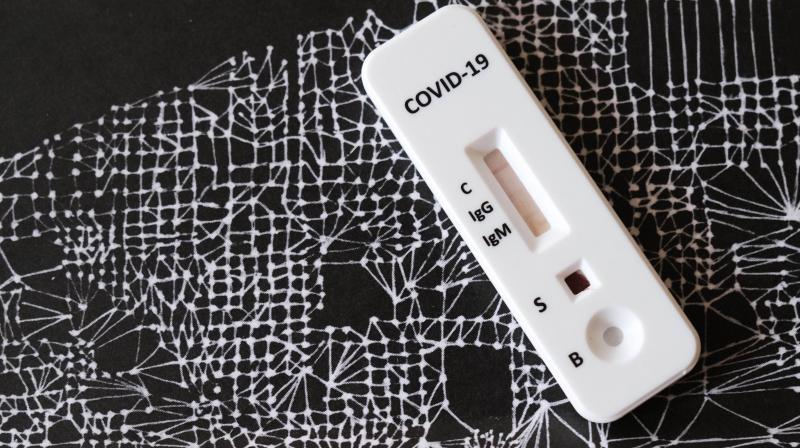 A COVID-19 IgG and IgM rapid test cassette is a take home test that can tell a person if they have coronavirus antibodies in their system, thus indicating that they have had the novel coronavirus. (AFP)

Even as India gears up to conduct more tests as part of strengthening the screening and contract tracing process, the Indian Council for Medical Research has come up with advice to state governments against relying too much on rapid tests, saying they have severe limitations as compared with the diagnostic polymerase chain reaction (PCR) tests. The rapid antibody test will only be of utility after a minimum of seven days of onset of symptoms, it has told the governments.

The rapid test kits are only supplementary tools to assess the prevalence of the disease within a specific area. Data about such tests is emerging and the understanding of their utility for diagnosis is still evolving, it has stated. Even if the tests offer positive results, it will have to be followed by the full-fledged PCR test, according to ICMR.

The World Health Organisation (WHO) has also sounded caution saying it recommends the use of these new point-of-care immunodiagnostic tests only in research settings. They should not be used in any other setting, including for clinical decision-making, until evidence supporting use for specific indications is available, the world body has stated.

Latest reports have also cautioned against using rapid tests to declare that someone has immunity against the virus. They measure the level of antibodies present in a person but that does not mean that such a person with antibodies is immune, WHO has said. Put together, the advisories communicate the fact that the rapid tests offer no conclusive proof for a person to have contracted the disease nor that one is immune to it.

The latest advisory has particular relevance to India, which seeks to contain the spread of the novel coronavirus by stepping up testing. The late arrival of the rapid tests has delayed testing in many states, which were forced to rely on the costly but foolproof diagnostic tests till now, but many of them are banking on it. Test kits in their lakhs have started arriving in the states and many more are on their way. The ICMR should come out with guidelines for the states on the strategic use of rapid tests and monitor them so as to prevent governments from coming to wrong conclusions and slipping into complacency.

As the name suggests, the novel coronavirus has been around for less than six months and there have not been many studies to decide the nature of the new villain on the global human stage. Scientists scour every tool in their war chest to defeat it and save humanity; doctors try every possible drug to neutralise its effect on the human body. We have reports of anti-viral drugs that can treat malaria, HIV, Ebola and rheumatoid arthritis also being put to use in the fight against coronavirus.

There was confusion over the use of masks by non-infected persons with advisories asking for and against their use. Looks like the virus enjoys playing with the mighty mammal which is left with little option but to scramble for the last of its weapons to defeat the microorganism.