Only once in 70 years has India been able to agree universally on a President. 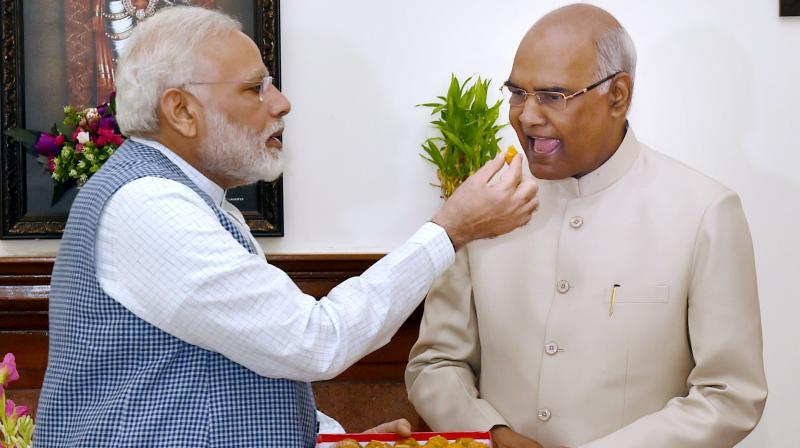 India has elected a new President who will take office early next week. Ram Nath Kovind, the choice of the BJP-driven NDA, finished clear of the Congress-dominated Opposition choice of Meira Kumar. Given the numbers in the contest to be decided by proportional representation in the states plus a constant in the vote value of members of Parliament, the verdict was likely to be only this as the ruling NDA was, to being with, only marginally short of the halfway mark. In garnering nearly two-thirds of the votes in numerical value — 65.65 per cent as opposed to 34.35 per cent — and 61 per cent of the legislators present and voting, the rulers demonstrated that they had managed the election well. Not only has the Opposition lost “the contest of ideologies”, but has also shown itself to be in some disarray as most of the cross voting seems to have sprung from its side.

Politics does add a dimension to everything in the country, but there can be no complaints on this count as the days of finding a consensus candidate even for the First Citizen were over long ago. Only once in 70 years has India been able to agree universally on a President. However, as we have stressed before, the background and personality of the President can never be as important as the decisions he may have to take while in the Rashtrapati Bhavan in upholding the Constitution of India. While Mr Kovind being the first from Uttar Pradesh to be President, as well as only the second dalit, cannot be termed unimportant, it is probably significant that he is a lawyer with high court and Supreme Court background, which means the written Constitution should not pose too many challenges. If he aims to serve it in letter and spirit, he would have an opportunity to emulate the great Presidents.

Ideology is a different matter though and this is the first time that the imprint of Hindutva could become very noticeable as the President and the Prime Minister come from the same RSS stable, and the vice-president will soon make it a trio. Historically, the forces they represent have been known to be opposed to the spirit of the Constitution. It’s only fair to believe that in increasingly contentious times, the guardian will be stretched to uphold all that has been held sacred over decades in a pluralistic society of an inclusive India.

As the titular head of state, the President represents all of the people regardless of the divisions the election may have thrown the spotlight on. Both nominees for the post came from gestures to rope in the disadvantaged classes, to further which the President must carry forward the exalted status of the office.