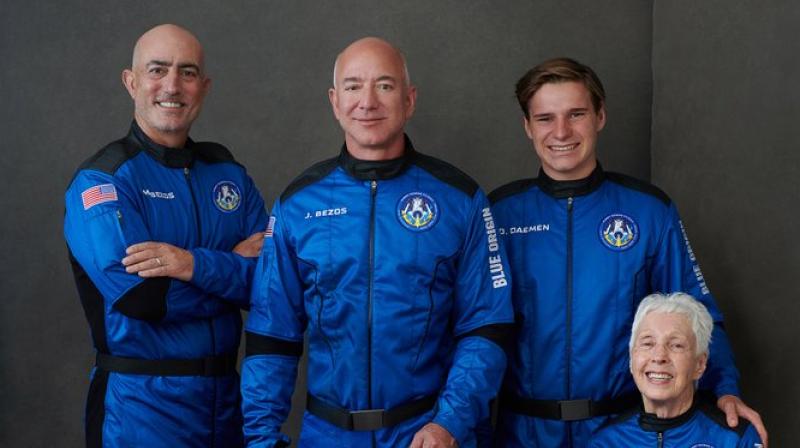 The space race of billionaires is just warming up with Jeff Bezos, a Star Trek aficionado who is the world’s richest man, pushing frontiers in crossing the Karman line, which at 100 km above Earth is considered the space boundary.

What Bezos’ Blue Origin demonstrated is suborbital space is safe for average people as they can travel in a fully autonomous capsule that needed no trained pilot to guide it as it detached from its perch on the New Shepard rocket, climbed to 106 km above Earth and then glided back. Several records were broken as in sending the oldest and the youngest to space for a 10 minute, 10 second experience, including zero gravity in three minutes of exhilarating weightlessness.

As Bezos raced ahead of Richard Branson in what could potentially be a $3 billion space tourism business by the end of the decade, he justified going to space as a way to protect planet Earth. His wealth in excess of $200 billion may have come in handy even as a couple of crore rupees could be the average ticket price for anyone wishing to sign up for such joyrides. Waiting in the wings is Elon Musk whose company has greater reach in space already with NASA contracts to fly people and things to the International Space Station. His SpaceX flight in September may involve an all-civilian crew on an orbital flight lasting several days and costing millions for taking in the views.

Beyond the mastering of rocket technology to initiate space travel in such “automatic drive” capsules or place space stations in orbits, what boggles the imagination is millions of such capsules could one day be homes for humans on the Earth’s moon and, perhaps, on Mars too, though such a fantasy may seem all too fanciful today. The billionaires may be priming up their own space businesses but, as they chase their fantastic dreams, they are opening up avenues for mankind just as costs of space exploration is being brought down by harnessing modern technology and melding it with enterprise.