No govt in India is a friend of freedom; it merely depends on who they feel you are likely to offend, and how expendable that vote bank is 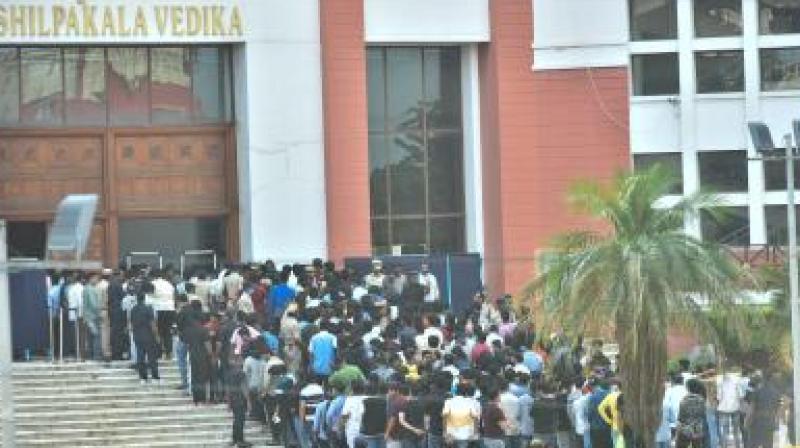 Hyderabad deserves to be congratulated for the successful organisation of a stand-up comedy show by Munawar Faruqui entitled “Dongri to Nowhere” peacefully and without any incident on Saturday, a day after Bengaluru cancelled it. The TRS-led state government provided a heavy security of 600 police personnel at the venue, ensuring the promise of IT and industries minister K.T. Rama Rao was kept.

Earlier, the BJP had threatened to disrupt the event and sought its cancellation, with local MLA Raja Singh issuing a call for an apology from the comedian for hurting the religious sentiments of Hindus. The police arrested him under preventive detention. Several BJP and BJYM activists protesting and shouting slogans outside the venue were also detained.

That an entertainment show, a comedy act at that which should be one of the most common occurrences in a democracy, turns into a war zone and predicting if such an event will actually happen or not acquires the contours of a thriller shows democracy itself is ailing.

As democratic societies have resolved to gather all energy to protecting only one right — a pseudo-right — the fake right of “thy shall not be offended” — real rights get sacrificed at its altar. Comedy can’t be performed, books and articles can’t be written, songs can’t be sung, films cannot be made or exhibited, and so on.

Hyderabad and TRS are no greater friends of liberty and freedom of expression, or art for that matter, than Bengaluru; it is just an illusion based on the convenience of political identity and game posturing.

If Mr Faruqui had cracked one joke on say… we feel afraid to even complete the sentence. Imagine, if Salman Rushdie were to seek permission to come to Hyderabad to read his banned book, would the event take place?

No government in India is a friend of freedom; it merely depends on who they feel you are likely to offend, and how expendable or moot that vote bank is.

Parrots have never needed rights, they always get the licence — it is the lark that is a concern. And there are no friends of larks anymore.