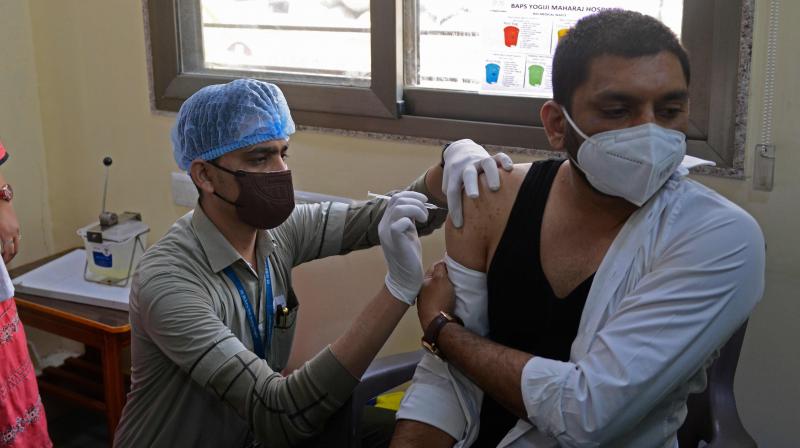 The government must at least now do a rethink on the campaign and be true and honest with the people on its components. It must win people’s confidence by placing all the facts before them, to start with; piecemeal and ad hoc release of critical information is not the right way to do it. (Photo:AFP)

India is at present in the midst of one of the largest public health campaigns the world has ever seen: Vaccination against Covid-19 pandemic. Its first phase, which started on January 16, seeks to inoculate three crore Covid warriors including medical professionals and frontline workers. Initial reports suggest that the response to the programme has not been all that encouraging and there exists some reluctance, if not resistance, in taking the jab.

Addressing a public health issue is as much the job of the public as that of the government, and the programme should have received a wholehearted welcome since the target group is very much part of the system that fights the pandemic. That has not happened, and the government needs to assess its reasons. While doing so, it must bear in mind two things: one; lack of transparency in the whole exercise, and two, technical glitches in the CoWIN app that monitors it.

Prime Minister Narendra Modi misses no opportunity to stress that the two vaccines that are being used for the programme are made in India. However, there have been doubts even among health professionals about the suitability of introducing Covaxin, the indigenously developed and manufactured vaccine, in the programme since it has been cleared only for phase III of the clinical trial. Now, days after the programme has started, and after lakhs of people have taken their vaccines, the two companies that manufacture the vaccines have come out with advisories to the people. They contain certain precautions those who go for them must take, including an advice that people with certain medical conditions should avoid taking them.

This late realisation, if one may call it so, is grossly unacceptable. The government and the companies should have been upfront about the products from the beginning, instead of resorting to chest-thumping about their being made-in-India. Nobody has a doubt about the capabilities of Indian scientists or Indian manufacturers: the latest Lancet reports underscores the efficacy of the vaccine, and says all adverse events were mild and moderate and were more frequent after the first dose. But the fact remains that the scientific process should be allowed to be completed in its entirety; political and commercial considerations should wait for their turn.

The government must at least now do a rethink on the campaign and be true and honest with the people on its components. It must win people’s confidence by placing all the facts before them, to start with; piecemeal and ad hoc release of critical information is not the right way to do it.

Technical glitches hampering the vaccination programme equally defy logic. The government had ample time to develop a proper, fool-proof mechanism for it but its performance on this front has been dismal. Similar was the case with Aarogya Setu, the app that helps people follow Covid-appropriate protocol. The government must ensure that such mass programmes are designed with little technical interface, realising the fact that a great share of the Indian population has little access to technology products. And when used, they should come without glitches and in an easy-to-use form. The government must realise that this is a fight India can ill-afford to lose.