AA Edit | Own up to oxygen mess 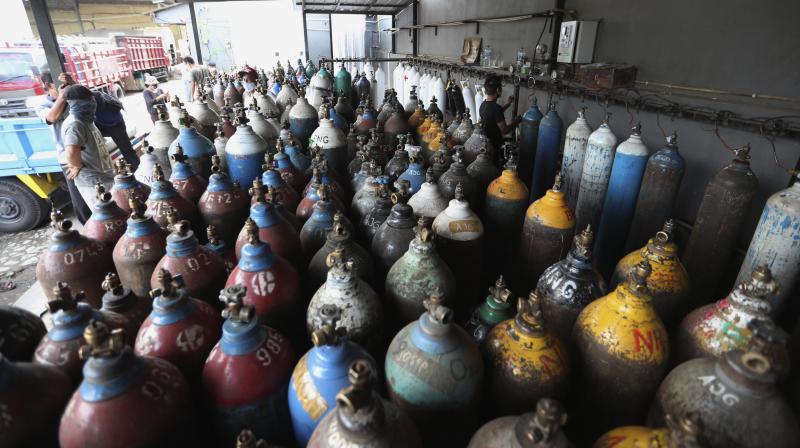 That the Union government has picked the right signals from the tragedy of citizens dying due to lack of oxygen has been reflected in the way it has been taking precautionary measures to avoid a repeat of it, should a third wave visit us. Representational Image (PTI)

The BJP’s chest-beating that the Opposition is “doing politics” over the deaths of patients in hospitals due to lack of availability of medical oxygen during the second wave of the pandemic, Covid-19, reflects the callous way the party, and at some time the government it leads, approach the pandemic and its fallouts. It may be techno-legally right that no death was certified as having caused by the dearth of oxygen, but that does not account for the reports of agonising attempts by doctors in many cities to stretch the depleting supply of oxygen to the dying patients under their care till the next oxygen tanker arrived. In fact India’s shortage of medical oxygen made international headlines resulting in a global effort to source it for us. The affidavits the Maharashtra and Delhi governments submitted in courts cannot be used for settling political scores nor to wish away the reality that the governments at the Centre and in many states were not prepared for oxygen shortage despite early warning.

That the Union government has picked the right signals from the tragedy of citizens dying due to lack of oxygen has been reflected in the way it has been taking precautionary measures to avoid a repeat of it, should a third wave visit us. Prime Minister Narendra Modi, in his interactions with chief ministers and officials, has been insistent on getting the oxygen plants ready and functioning in very part of the country. The PM-Cares Fund has been liberally funded for the setting up of such plants across the country. In fact, the other day Mr Modi presided over a review meeting on oxygen availability in the country.

The BJP’s lamentation over politicking fails to cut much ice for another reason. The Prime Minister has, the other day, told BJP MPs to resist what he called the Opposition campaign against the government’s response to the second wave. The BJP must realise it’s the ruling party, take criticism in the right spirit, and guide the government. Opposition-bashing as an agenda has only limited value in a democracy.