Ayodhya mediation: Are there any takers?

There was also little preparation for the Chief Justice’s suggestion. 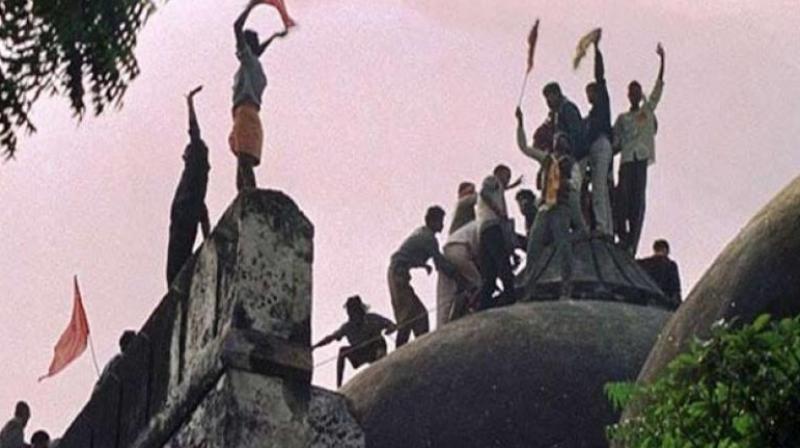 The offer of Chief Justice of India J.S. Khehar in open court on Wednesday to be — if needed — a mediator in the Ram Janmabhoomi-Babri Masjid dispute in Ayodhya, which is a title suit, was as surprising as it was dramatic. There was also little preparation for the Chief Justice’s suggestion.

The Nirmohi Akhara of Ayodhya and the Babri Masjid Action Committee (BMAC) of the Sunni Waqf Board, two contending parties in the title suit with a history going back decades to a period long before the demolition of the Babri Masjid by Hindutva mobs in 1992, have no interest in an out-of-court settlement. Their authorised representatives had no hesitation in reiterating this when the CJI’s mediation offer became known.

Mediation has an uninspiring history. Between 1989 and 2003, the governments of Rajiv Gandhi, Chandra Shekhar, P.V. Narasimha Rao and Atal Behari Vajpayee gave it a try, unsuccessfully.

Indeed, the Nirmohi Akhara has taken a maximalist stance, saying earlier that there would be any point in the mediation method if the other party surrendered its claim. As for the BMAC, it became suspicious of mediation and consensus-seeking from the time, some years ago, when it was suggested that, besides in Ayodhya, “Muslims” should also give up their claim to their mosques in Varanasi and Mathura which abut the famous Hindu temples in those cities.

Thus, neither of the litigants sought consensus-seeking and mediation. Both desire the highest court to rule on their plea for their claim to the disputed area site, a site approximately 14,000 sq. ft. or 2.77 acres in area, where the demolished mosque had stood, which the “Hindu” party said was erected in the 16th century by demolishing a temple to Lord Ram in his “birthplace”.

Ruling on a matter involving religious faith, history and mythology — and all of it topped by politics — can be the trickiest of tasks. Perhaps it was this that lay behind the offer made by the CJI. But in judicial terms, it came when Subramanian Swamy, a prominent BJP leader with a history of litigation but without being a party to the title suit, asked the Supreme Court to speedily dispose of the Ayodhya-related petitions.

The Ayodhya matter reached the nation’s highest court when the BMAC challenged a 2010 judgment of the Allahabad high court which gave an equal share of the disputed site to the two contesting parties and to “Ram Lalla”, and held that Lord Ram was born in the close proximity of the area under dispute, about which a Supreme Court bench said in May 2011 that the proposition was a “leap of faith”.