Murmu would not only be the first tribal to make it to the highest position, but would also be the first from her state 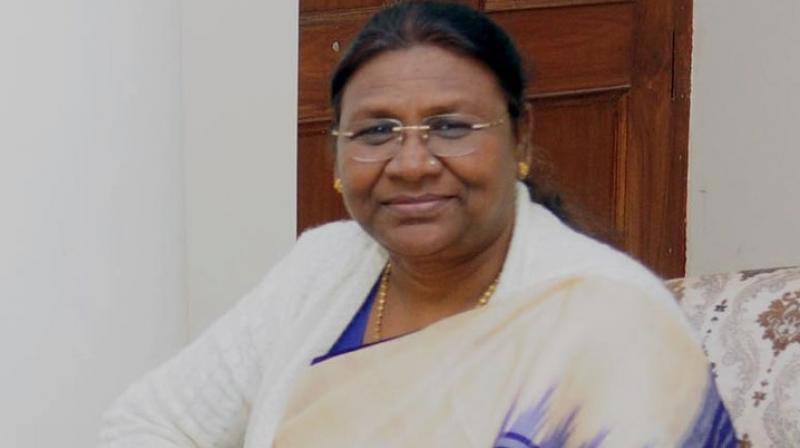 It has taken the Indian republic over seven decades to decide to give an adivasi woman from an extremely modest background, Draupadi Murmu, an opportunity to be the country’s President.

Leaving aside the symbolic importance of a leader making it to Rashtrapati Bhavan from the most underprivileged of social strata, or succumbing to a temptation to overstate its inspirational value to a larger demographic group sharing the identity, one must simply appreciate that for once a tribal leader, representing a large number of people, no longer needs see even the position of the First Citizen of the country as a glass ceiling.

Coming back to back to the successful nomination of incumbent President Ram Nath Kovind, a dalit leader, it must give the two most vulnerable social groups of India — the Scheduled Castes and Scheduled Tribes — an immense emotional satisfaction and an augmented sense of ownership of the country where a son and daughter of their own would head the Republic.

With numbers firmly in favour of the NDA, it stands to elementary reasoning that once the Bharatiya Janata Party headed by Prime Minister Narendra Modi decided to name Draupadi Murmu, her victory was almost a foregone conclusion.

Born in Odisha, Ms Murmu would not only be the first tribal to make it to the highest position, but would also be the first from her state. This has compelled Odisha chief minister Naveen Patnaik to overenthusiastically jump on the NDA bandwagon on this issue. Given her credentials, the ruling party in alliance with the Congress in Jharkhand, the JMM, too, may find it hard to vote against her.

A teacher by profession, she has risen by her own diligent effort to becoming a minister in the alliance government between her party, the BJP, and Mr Patnaik’s party many years ago, before also becoming the first to complete a full five-year gubernatorial term in Jharkhand.

Setting another first would be her age — the 64-year-old would be India’s first President to be born in an Independent India; just as Narendra Modi was India’s first PM to have been born in a free country. If she goes to win, as is most likely, India can be delighted that it has created a democratic setup that has finally allowed this significant moment. It is a welcome collective achievement for which all Indians can take pride.

A woman strengthened by life’s tragedies, she would share a lot about her personal journey with the President of the United States, Joe Biden; having lost her two sons, and husband, and yet never having given up her commitment to public life and service.

But India is also rich in the contest. The Opposition candidate, Yashwant Sinha, is an equally gifted leader. A former bureaucrat from Bihar, a BJP man, a Union minister who presented more than one budget under former PM A.B. Vajpayee, he is a loyalist to L.K. Advani turned rebel against his own party who finally landed in TMC (Trinamul Congress) and has now become Ms Murmu’s electoral rival.

Either of them would represent the finest values of the Republic and are equally eminently bound to upholding the Indian Constitution and the high ideals of the presidential office.