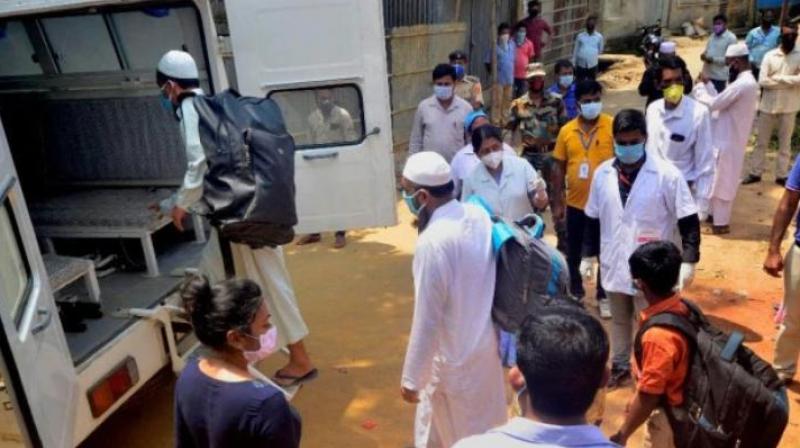 The order of the Aurangabad bench of the Bombay high court quashing the first information reports against 36 members of Tablighi Jamaat, an Islamic organisation, in connection with its meet in Delhi in March this year offers serious food for thought for both the government and the media of all hues.

While 29 of the foreigners were charged with violating provisions in the Foreigners Act and Epidemic Act, the six Indians were booked for sheltering them.

As pandemic Covid-19 started spreading all over India immediately after the meet, a vilification campaign targeting its attendees, and the larger Muslim community, gained currency.

Campaigns that the virus spread was part of a plan to destabilise India were carried not only on social media but the mass media as well. “Corana Jihad” was the worst form of such campaigns.

Turning the tables, the court said the government made scapegoats of the Tablighis during the pandemic and an attempt was made by others to create such an atmosphere against them.

The court chastised the media, too, for its big, unwarranted propaganda, calling it an attempt to create a picture that the foreigners were responsible for spreading the virus in India.

More than exonerating the Muslim community from the stigma, the court went on to offer its explanation why the idea of secularism and religious harmony are in the interest of all.

Social and religious tolerance is a practical necessity for unity and integrity of India, the court pointed out and reminded the state that all the stakeholders of the republic that it is made compulsory by the Indian Constitution.

This celebration of India’s plurality and affirmation of the constitutional principles through a judicial pronouncement happen at a time when even lip service to them is hard to find, especially by those in the seats of power. A timely reminder, indeed.