Rotten at the top

There are lessons to be learnt from what happened to the last two top officers who had vaulted over others in the state secretariat. 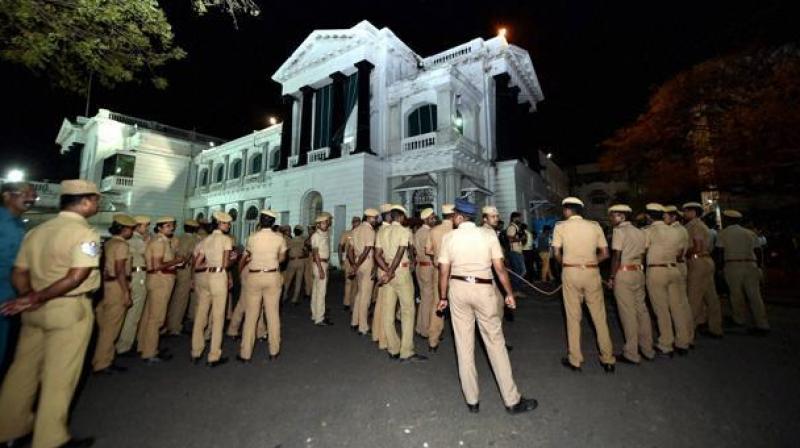 The Tamil Nadu government acted by the book in naming a new chief secretary in place of Rama Mohana Rao, and picking the seniormost IAS officer in his place after the income-tax authorities raided his home, office and the premises of his close relatives. It is a comment on the way the state was run with a corrupt official who superseded at least 17 others in getting a plum post in which he could manipulate the sale of natural resources. His links to the deadly sand mafia, known to murder honest revenue officials to keep its shady business going, may just be the tip of the iceberg. The government of O. Panneerselvam must make this a turning point, and bring honest officials to the fore, like many sidelined because they wouldn’t cooperate in fleecing the State for private gain.

For all her good qualities in running a government that touched the lives of millions of the poor, it’s also a fact that J. Jayalalithaa allowed corruption to flourish in her rule. A kind of omerta law prevailed, with a martinet who brooked no criticism. An honest IAS officer had exposed the mindboggling sums denied to the state’s revenues in illegal granite mining, suggesting a pattern of politician-bureaucrat-businessmen nexus. The disclosure shocked the judiciary into corrective action. But it’s clear that not enough was done to check the slide of a well-administered state into a web of corruption. There are lessons to be learnt from what happened to the last two top officers who had vaulted over others in the state secretariat.