Zelenskiy may draw heart from the fact that he has some experience in at least playing a fictitious President on television. 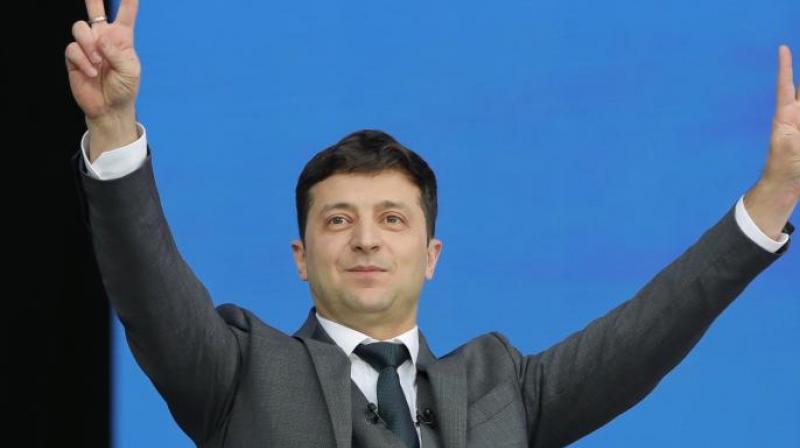 Oscar Wilde once said life imitates art far more than art imitating life. These prophetic words have come true again in comedian Volodymyr Zelenskiy’s victory in Ukraine. Citizens of the frontline buffer state between the West and Russia possibly felt desperate times need desperate measures. So they handed their new reel-life President a landslide win with 73 per cent of the votes over Petro Poroshenko! Ukranians may have cocked a snook at the traditional world of politics by electing a novice, and only time will tell if he can handle the complex issues involving a country that faced Russian aggression recently over the annexation of Crimea and is facing serious issues over the banking sector, in which the owner of the TV station hosting his comedy shows is a big player.

Mr Zelenskiy may draw heart from the fact that he has some experience in at least playing a fictitious President on television. Compare that with the real estate tycoon who was just a star in a reality show but went on to take over the office of the most powerful man in the world. Both men may have triumphed on negative votes, glaringly so in Mr Zelenskiy’s case because people were fed up with Mr Poroshenko’s promise to stamp out corruption, which never happened. History is replete with the saga of kings and queens with less IQ than court jesters sitting on thrones. There’s always reason to believe that a comedian could crack the code of high office and usher in the stability Ukraine needs to take on several challenges, including recognition from the Kremlin that he’s all set to rule.