Ashleigh Barty, the World women’s No. 1 player, has announced, for the 2nd time, that she is hanging up her racquet 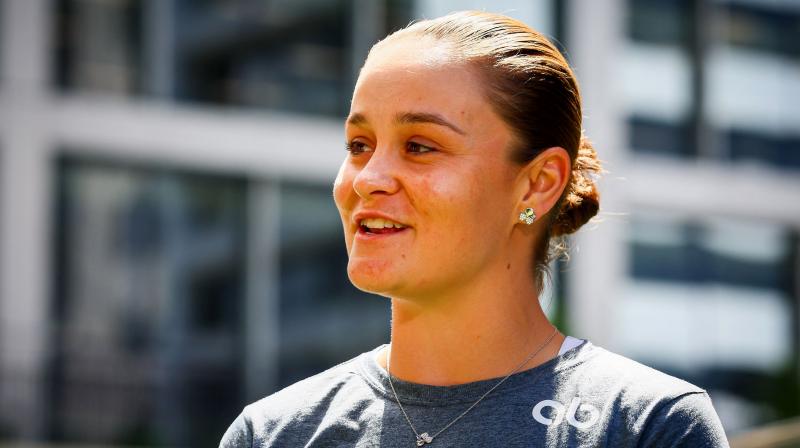 Australia's Ashleigh Barty speaks during a press conference in Brisbane on March 24, 2022, after she announced her retirement from tennis. (AFP)

The diva Dame Nellie Melba, after whom the irresistible Peach Melba was named, retired from the opera about 17 times, to be forever known as the “comeback queen.” Would Ashleigh Barty, the triple Grand Slam winning tennis champion and World women’s No. 1 player, be inclined to emulate her is the question as the 25-year-old “kid” belonging to Australia’s indigenous people has announced, for the second time, that she is hanging up her racquet. She has said now that she would “never say never” to return to professional tennis.

It was Vijay Merchant who said a sportsperson should retire when the public are asking “why” rather than “why not?”. Barty is probably taking that maxim too far when intending to throw it in after winning Wimbledon, and the French and Australian Opens. She has, however, said she might return donning another sporting cap, perhaps as a golfer, as her other half is a golfing pro — and she is also very good at the game of clubs to the extent of winning a tournament.

In an era of susceptible young sportspersons prone to having self-doubts and other vulnerabilities in the face of a cocktail of celebrity life and endless living out of suitcases, time outs in the style of Naomi Osaka or early retirements in the Ash Barty fashion are to be expected as par for the course. Such indeed are the pressures on champions. Or, maybe, Barty cannot nurse ambitions of a career Grand Slam of the four majors as the US Open may be beyond her ken because they use Wilson balls (rather than Dunlop or Slazenger as in other Opens) which are thought to be unsuitable to her style of play.

One of the most attractive remaining ambitions of hers is not unique as all sportspeople would love to give something back to the game that nurtured them and made them stars. She goes beyond that in wishing to take up coaching of Australia’s indigenous people who are often derided for a distinct lack of ambition. As an achiever, on the lines of the breakthrough tennis star Evonne Goolagong, Barty has been an exceptionally gifted Aboriginal who has injected pride into her people. But, rest assured, Ash will crop up in the world of sport soon enough, perhaps in multiple avatars.