Ideally, the civil aviation ministry should have consulted the states before taking its decision, but it went ahead on its own 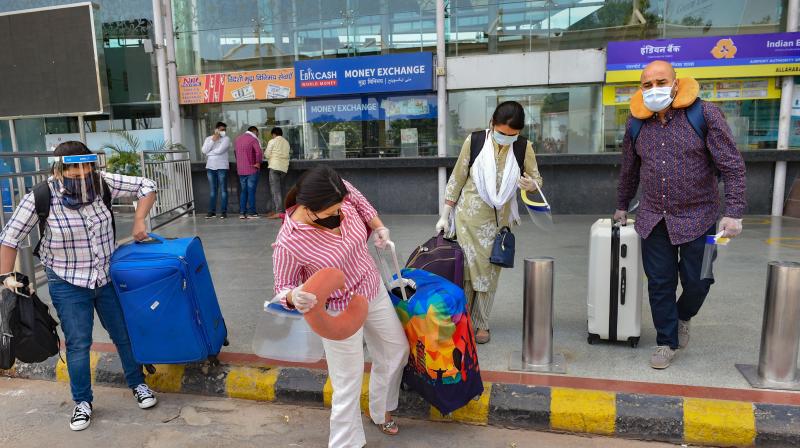 Monday’s resumption of domestic flights should have been a major step towards the eventual return to normality as India learns to live with the coronavirus, but the Centre’s unilateral move to resume flights, without consulting the states, that are battling the pandemic on the ground, has run into problems.

Maharashtra and several other states have declared they can’t take the risk of allowing thousands more into their cities as they are fighting with their backs to the wall. Maharashtra -- that has over 40 per cent of India’s active Covid-19 cases and deaths -- is not alone. West Bengal and Tamil Nadu are also unwilling to allow flights – the former more so as the administration has its hands full tackling the aftermath of last week’s devastating Amphan super-cyclone.

Ideally, the civil aviation ministry should have consulted the states before taking its decision, but it went ahead on its own. This is hardly acting in the spirit of cooperative federalism, which the Centre claims it swears by.

There are several practical issues too. Little thought was given to how those travelling from one part of India would be treated on arrival in another. Some would let them go home after minimal checks, others would insist on quarantining them, whether in an institutional facility or at home. Karnataka, Andhra Pradesh, Telangana, Kerala, Chhattisgarh, Assam, Punjab and J&K have all said quarantine will be mandatory. Kerala has also made it mandatory for all those travelling to the state to register on an official portal, so they can be tracked effectively. MoS civil aviation Hardeep Singh Puri claims the Aarogya Setu app is a “passport” to travel, and no quarantining should be needed; but most states are not so sanguine.

Also, how would passengers travel after, say, arriving at Mumbai airport? The state is under strict curbs, with no buses/taxis or public transport. New Delhi doesn’t seem to have even thought about all this.

Those who planned to fly on Monday or later face unsettling times. If Mumbai finally doesn’t allow flights, airline schedules will be disrupted all over as it is a major aviation hub. As the nation battles Covid-19, this was an unnecessary controversy.