This is par for the course in nations where the Army plays an outsized role public affairs, beyond the military domain. 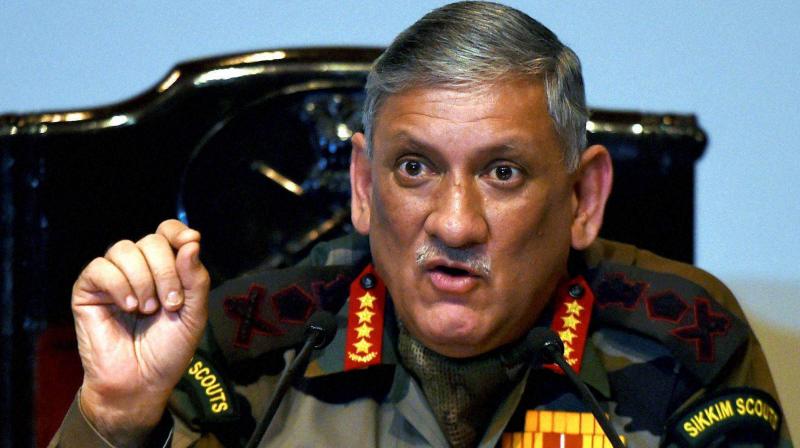 Army Chief Gen. Bipin Rawat would have been well-advised to refrain from making the kind of remarks he did in Chennai on Monday, saying things that smell like politics. c

Gen. Rawat dismissed talk of a “clampdown” in Kashmir, saying this was a “facade” — perhaps meaning a false narrative — created by “terrorists”. For 50 days, the communications and information lockdown remains severe, barring the opening of landline phone exchanges (when most people have long ceased using landlines), who exactly is creating this so-called “facade”?

It surely can’t be terrorists who are unable to communicate with one another. The answer is journalists, Indian and those from around the world, and Opposition politicians permitted by the Supreme Court to visit Kashmir. This makes it clear the sharply worded observations of the head of the Indian Army are misguided. The attitude leans towards political partisanship and needs to be dispelled.

Gen. Rawat has said more than 500 Pakistani terrorists have been mobilised at Pakistan's Balakot camp to infiltrate into J&K. If this is true, it calls into question the effectiveness of the February 26 Indian Air Force strike.

The Army Chief gave a laboured account of normality in the Valley by speaking of the apple fruit being picked from trees and trucked outside. The facts — this has not happened in south Kashmir, where the crop is not yet ready. In the north, the process did commence but there is now fear. Posters have come up everywhere, warning farmers not to despatch their produce “to India”. If farmers can’t work in peace, there is no normality.