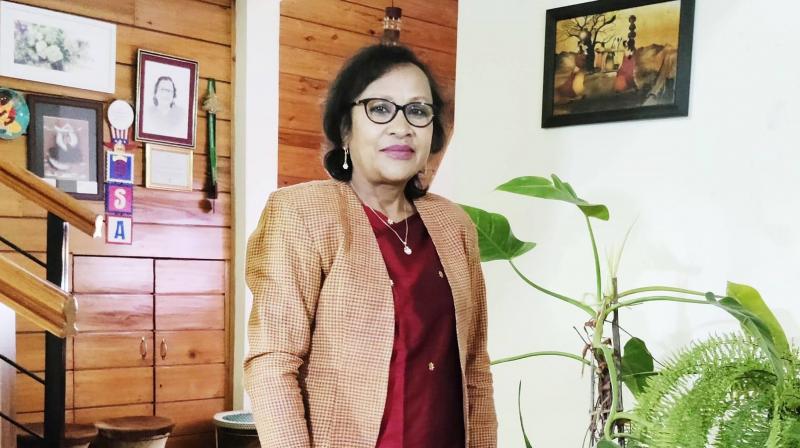 The SC said the Facebook post would indicate that the editor’s agony was directed against the apathy shown by the Meghalaya CM, the DGP and the Dorbal Shnong (the local tribal council) in not taking action against the culprits. (Photo: Facebook @Patricia Mukhim).

It was refreshing to find the Supreme Court last Thursday quash an FIR against Shillong Times editor Patricia Mukhim who had spoken out against the physical attack on non-tribal people, a small minority, by local tribal youth in a Facebook post last July.

In a judgment that will be remembered for long, the bench of Justice L. Nageswara Rao and S. Ravindra Bhat said, “Free speech of the citizens of this country cannot be stifled by implicating them in criminal cases.” The judgment written by Justice Rao also pointed out, “Disapprobation of governmental inaction can’t be branded as an attempt to promote hatred between different communities.”

The SC said the Facebook post would indicate that the editor’s agony was directed against the apathy shown by the Meghalaya CM, the DGP and the Dorbal Shnong (the local tribal council) in not taking action against the culprits.

Last November, the Meghalaya high court had turned down Ms Mukhim’s petition to quash the criminal proceedings. The high court had appeared to fail to grasp a simple matter when it declared, even in an open and shut case such as this, that the investigating agency should be given a “freehand”. The bench had basically ducked the issue. The stinging rebuke of the top court evidently applies to the high court as well.

It will be in the fitness of things if the civil society and political parties quote the apex court judgment in the Mukhim case and ask the executive, the police and elements in the higher judiciary some questions.

In countless cases against respected social activists, university students, journalists and editors, and political opponents of the establishment, the judiciary has looked the other way, offering no relief in citizen versus State matters and in matters concerning upright citizens versus lumpen gangs owing allegiance to the establishment. In practically each case, among other criminal provisions these entities were also charged with Section 153-A (promoting enmity between different classes of people) of the Indian Penal Code, a key provision under which Ms Mukhim was charged. This is why the Thursday judgment is a wider morality tale.