AA Edit: Will the world call out Pakistan for airbrushing terror?

The removal of 3,800 names from the terror list confirms Pakistan's ambivalence on the matter 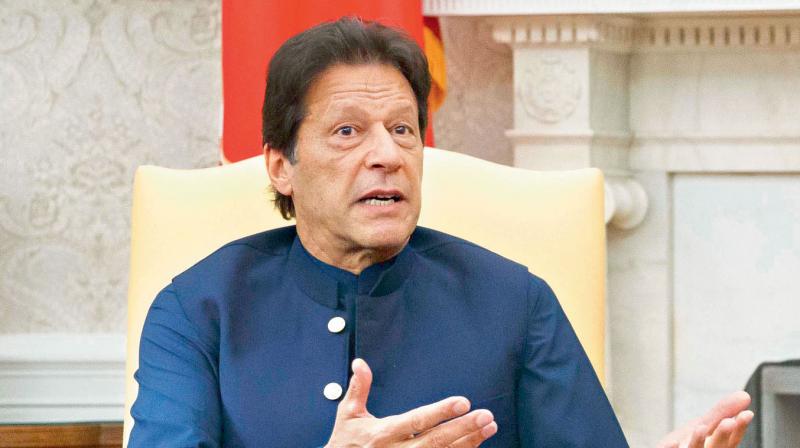 As the entire world is completely focused on battling the coronavirus pandemic, the decision of the Imran Khan government in Pakistan to quietly remove around 3,800 names from its terrorism watchlist confirms the widely-held view that the authorities in Islamabad, with the strong support of the country’s military if not actually at its behest, will do everything possible to avoid taking action against those exporting terror from its soil.

The Islamabad government, which is now on the enhanced 'grey list' of the Financial Action Task Force (FATF), seems to be taking full advantage of the world’s preoccupation with the coronavirus, due to which FATF’s next meeting in June — where Pakistan faced the real possibility of being moved to its “black list” — has now been put off to October.

The Imran Khan government is clearly hoping the world will not pay too much attention as it takes the terrorists on its soil off the leash, and possibly encourages them to infiltrate across the Line of Control into India. Army chief Gen. Manoj Mukund Naravane had only recently, during a visit to Jammu & Kashmir, warned of exactly this possibility.

At its peak in late 2018, Pakistan’s Proscribed Persons List had over 7,600 names. In just 18 months it has been progressively reduced by half; the tempo was stepped up over the past month and a half during which time over 1,800 names were removed. These names were then posted on the 'Denotified List', a term that is used in Pakistan to signify official removal.

One possible reason being cited for such an action was that Pakistan was facing intensive scrutiny from FATF on its failure to take action against these individuals despite monitoring them, and its inability to explain how, with all terror funding supposedly stopped, these people and their organisations could still function.

The truncated list still includes terror masterminds Hafiz Saeed and Masood Azhar, along with Dawood Ibrahim and members of the Haqqani Network; and while it was first speculated that the name of 26/11 plotter Zaki-ur Rehman Lakhvi was removed from the watchlist, it then transpired that his name did not have to be removed because it was not on it in the first place. Azhar and Lakhvi, who are among the top protected assets of the Pakistani Deep State, remain free and active, with not even one criminal charge against them.

FATF will certainly demand answers from the Pakistan government for removing these names, and for failing to account for the whereabouts of a large chunk of UN-designated terrorists on its soil. (Of 130 such terrorists, Islamabad claims only 16 are located in its territory; it has no idea about the remaining 114.)

The Indian government will doubtless take this up on all available international fora in the months leading up to FATF’s next meeting in October, but it faces a huge challenge with the world’s attention focused on the coronavirus pandemic. The crux, of course, will be China, Islamabad’s “all-weather friend”. Will prime minister Narendra Modi be able to persuade his good friend president Xi Jinping — as well as US president Donald Trump — to step up pressure on Pakistan?