Black money: How to solve this problem?

The committee has advised legislators to simplify and rationalise direct tax laws to prevent the generation of unaccounted wealth. 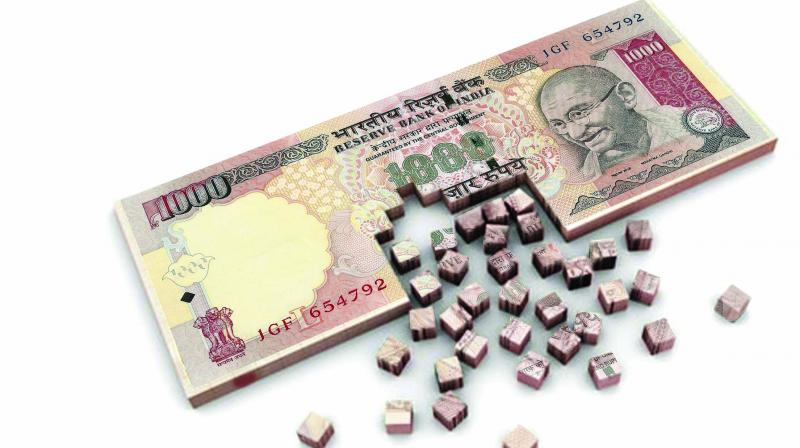 The only way to get rid of the problem of unaccounted or “black” money is to legalise it with a penalty, and let all money work towards lifting the economy.

The Parliamentary Standing Committee on Finance has come out with some ballpark figures on the extent of “black” money held by Indians outside the country. For a 30-year period (1980-2010), the figures range from $216.48 billion to $490 billon ($1 billion equals roughly Rs 7,000 crores), which means there is no accurate data as the methodology to arrive at what is essentially unaccounted wealth on which tax may not have been paid is suspect. On the surface, this appears to have been a long fishing expedition that began around eight years ago and which leaves us neither here nor there. Truth to tell, no Indian politician or political party will wish he had the wherewithal to fix this problem of "black" or unaccounted money as they thrive by using it to get elected. The expenditure of parties and candidates — estimated at around Rs 50,000 crores in the 2019 Lok Sabha elections — is a fair index of unaccounted money being employed freely in polls.

Of course, a vast chunk of unaccounted money lies hidden in the property market and is used in various other industries, trade and services — like mining, tobacco, liquor, gold, films, education, etc. In effect, to club all such unaccounted investments as “black” money is a stretch as the extent of “black” money in India, as exposed by demonetisation, is little enough as to have rendered the whole painful exercise virtually meaningless. The hunt for “black” money is a committed, even obsessive Indian exercise, though such classification of money is only a matter of definition. None of it may make sense to the very small base of honest taxpayers whose sweat and blood may have ended only in tears in such a highly taxed nation. But it is also true that stupendous levels of income tax that were once as high as 97 per cent had led to the establishment of what has come to be known as the “black” money trail of decades in free India.

The committee has advised legislators to simplify and rationalise direct tax laws to prevent the generation of unaccounted wealth. The point to ponder is whether we can draw a line now and say that in future this problem is best solved by softening of tax rates, both corporate and individual, while keeping the basic exemptions very high to leave out those who earn less. This would mean lesser revenue to the government that may, however, be worried about meeting vast subsidies, but more money would be employed productively in the economy to generate overall growth. The computation of unaccounted wealth is best left to professional investigating bodies that have a job to do in spotting financial trends such as “black money” generation and tax evasion. The only way to get rid of the problem of unaccounted or “black” money is to legalise it with a penalty, and let all money work towards lifting the economy.