Budget should focus on reviving demand

To drive the momentum on private consumption, the Budget needs to focus on ways to increase rural incomes and therefore rural demand. 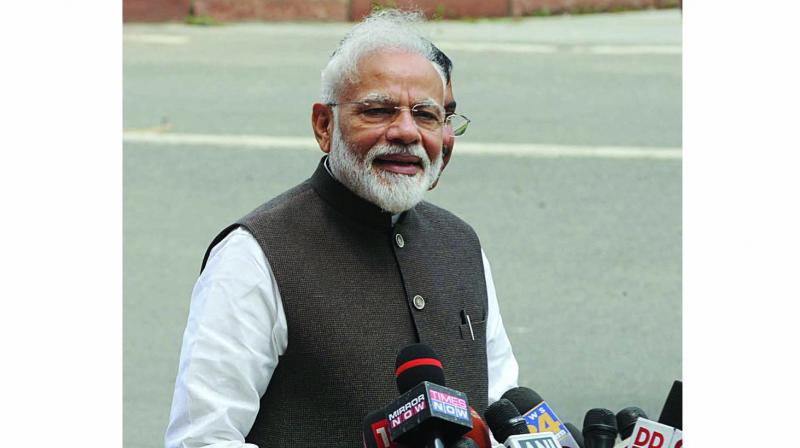 The first Union Budget of the Narendra Modi government’s second term is widely expected to announce fresh measures to reinvigorate demand drivers, given that the slowdown in growth is becoming firmly entrenched. With economic growth hitting a five-year low of 6.8 per cent in 2019-20, the need of the hour is to look at all possible ways in which demand can be created including consumption, investment and exports. The Budget should announce concrete measures to boost growth across sectors as without the economy firing on all cylinders, our vision of taking growth to the 8-10 per cent growth trajectory will remain a distant dream.

On the fiscal front, though the government was able to meet its fiscal deficit target of 3.4 per cent for 2018-19, the sharp cutback in expenditure to cover the shortfall in revenue is not desirable. The government needs to explore new areas of revenue generation by resorting to monetisation of land and other assets locked up in Central PSUs that have turned economically unviable. Moreover, there is also the need to go in for strategic sales of loss-making public assets to private investors. On the expenditure front, the thrust should be on pushing the right expenditure mix by encouraging capital expenditure without resorting to off-Budget allocations.

To drive the momentum on private consumption, the Budget needs to focus on ways to increase rural incomes and therefore rural demand. For this, along with augmenting public expenditure in agri-infrastructure such as irrigation, seeds, cold storage, etc, marketing reforms are also required. Higher income in agriculture will require innovation, R&D and higher technology use. Incentives should be given to investments in key technologies such as micro-irrigation, crop care, advanced seeds and digital platforms.

To boost agri output, there is also the need to build on the National Agriculture Market Portal (eNAM) model of market integration. eNAM handling share should go up from the current 4.5 per cent with greater participation of horticulture. Setting up a council with the Union agriculture minister as the chair and state agriculture ministers as members (on the lines of the GST Council) will facilitate implementation of the model laws for the development of Indian agriculture and other agri reforms. For example, the states need to encourage the adoption of Model Agricultural Land Leasing (MALL) Act 2016 to facilitate aggregation of land.

Promoting mass manufacturing and services in sectors such as food processing, textile and clothing, retail, construction and real estate, tourism, etc, is a critical need, and enterprises that employ more than a certain number of workers need to be given incentives such as easier finance, graded tax structures, flexibility in labour laws, etc. In the same vein, affordable housing and construction sector which would give a boost to employment creation, also need to be promoted given its high degree of forward and backward linkages with other segments of the economy.

It would be a good idea to set targets for each sector and closely monitor them on a regular basis. For example, in tourism or in affordable housing, near-term and medium-term targets could be set for parameters such as number of tourists entering the country or number of houses built. CII has suggested that a “czar” be appointed who would be responsible for the achievement of targets in each sector. This would be based on the “Aadhaar” model where an empowered person reporting to the Prime Minister could achieve a mammoth task in a short period of time.

Similarly, the government could identify a few large infrastructure projects that are nationally important and strictly monitor their implementation. This may involve working with the state governments where they are located and helping them in terms of financing, expediting clearances, etc. Innovative structures are needed to address the financing issue given that banks are no longer able to provide long-term finances. Funds can be attracted from entities such as the NIIF and foreign sovereign wealth funds through asset monetisation in which the government sells its stake in existing projects to private investors.

To encourage higher investment by the private sector, it is imperative to reduce the tax incidence on equity investors. In the current system, not only does a large company pay an extremely high corporate tax rate at over 34 per cent, but also pays dividend distribution tax at 20 per cent. In addition, the dividend is taxed in the hands of the investor. A simplified and reasonable taxation regime is required to encourage higher investments.

The issue of delayed payments to the private sector by the various public sector entities also holds back investment. We recommend the creation of an e-platform for uploading invoices of all private sector suppliers of goods and services. The clearance of these invoices should be monitored at the government level. Strict norms of contract enforcement need to be followed by the public sector.

In the financial sector, the stressed asset problem within banks and non-banking financial companies (NBFCs) needs to be addressed. This is acting as a big constraint to revive investments. For public sector banks, the government should set aside enough money for recapitalisation as this will improve banks’ capacity to lend and match credit demand. The NBFCs too have come under lot of stress recently and remedial measures can be taken in consultation with the Reserve Bank of India. These include increasing the ECB limit for NBFCs and opening of a refinance window for mutual funds for a limited period.

Effective implementation of the Insolvency and Bankruptcy Code (IBC) could give a strong push to private investment and growth. There is an urgent need for increasing the number of benches and judges owing to the large number of pending cases at various NCLTs.

Finally, I would like to point out that growing exports is critical for improving our growth trajectory, In this context, the entire system of export incentives need to be overhauled to make them WTO compatible. The Exim Bank and ECGC need to be better capitalised so that their lending capacity can be improved. Moreover, the coastal economic zones must be fast tracked with best operational practices on trade facilitation.