The all-time great may personally nurse arcane beliefs like being an anti-vaxxer, as people who shun the science of vaccination are called 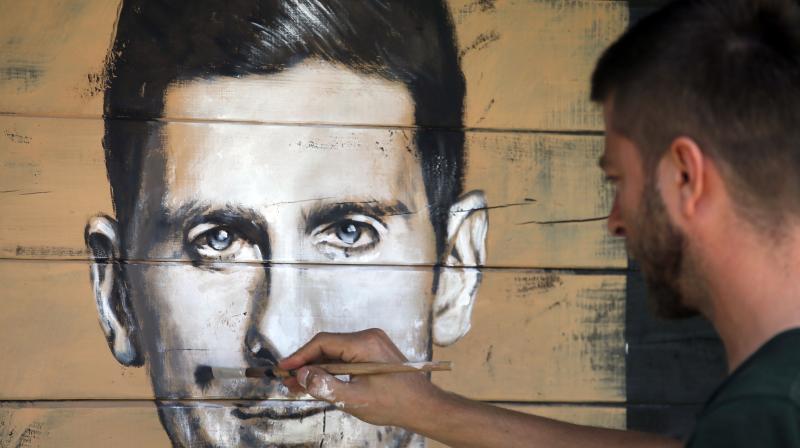 As a non-contact sport, tennis should lend itself more readily to a near normal comeback provided proper precautions are in place. AFP Photo

The champion tennis player Novak Djokovic finds himself in a pretty pickle after his family’s well-intentioned charity event ran into an acrimonious link with the dreaded coronavirus.

Calls have been growing for his resignation as president of the ATP Player Council whose 500 members have been on tenterhooks regarding post-Covid resumption of their careers in the US Open to be played in August.

The all-time great may personally nurse arcane beliefs like being an anti-vaxxer, as people who shun the science of vaccination are called. But he had no business allowing conduct of the event without scientific protocols like testing of players on-site, masks for officials and spectators and strict social distancing among players.

As a non-contact sport, tennis should lend itself more readily to a near normal comeback provided proper precautions are in place.

On the contrary, in asinine defiance of science, the event helped spread the virus among key players, including Djokovic himself and his wife. And not to mention kinky nightclub celebrations with players dancing without their shirts on. The fallout of the competition staged in three Balkan nations represents a huge setback to quick return of major pro sport around the world.

Just when other sports are planning to emulate European soccer, which has made a successful comeback across nations with scientific protocols and SOPs in eco-bubbles without spectators, this startling “Djoker” warning has come up.

Coronavirus cases are galloping globally at around a million a week now and even asymptomatic people are disappearing in hours after falling sick. Sportsmen falling ill illustrates that fitness is no guarantee of virus immunity either.

It is against this backdrop that the attitude of prominent people like Djokovic and Donald Trump, who are delusional in wishing away the virus, must be seen and condemned as a threat to society. As a great symbol of hope, sport must return, but must do so in a responsible manner