Even if India does not have a direct border with Afghanistan after Partition, that country lies just beyond our borders 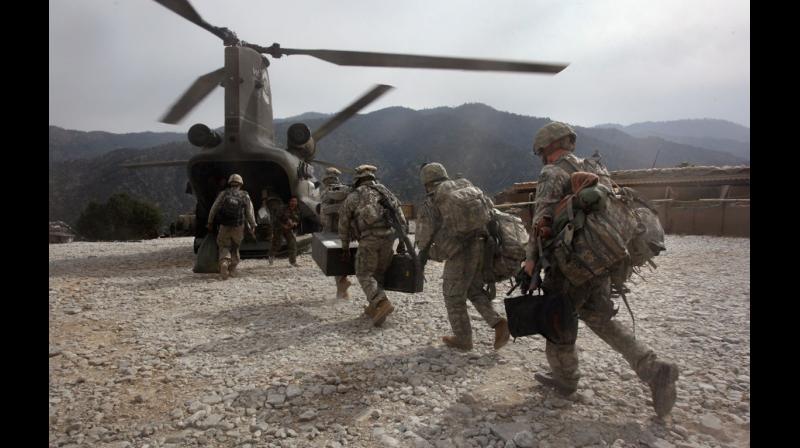 A Pakistan-dependent dispensation in Kabul, especially one that has strong Chinese backing, a prospect made feasible on account of the US departure from Afghanistan on account of war-weariness, will also seek to deny India a physical link to Central Asia. (Twitter)

Afghanistan, an embattled neighbour to which India has given considerable developmental assistance and security backing, finds itself once again in the throes of war, political uncertainty, and everyday dramas attended by violence as the Taliban attempt to tighten their grip. New Delhi, however, is yet to enunciate the precepts that would guide its near and longer-term thinking in regard to Kabul.

Pulling away, leaving Kabul to its fate, can hardly be an option. Even if India does not have a direct border with Afghanistan after Partition, that country lies just beyond our borders, and its strategic value is all too obvious. Also, arguably no country enjoys as much goodwill in Afghanistan as India does. This remains an important ingredient that can stand us in good stead if we choose our instruments wisely and in timely fashion.

No matter how unlikely for now, despite Taliban’s swift military moves, if a Pakistan-backed order does come to prevail in Kabul as a result of an outright Taliban battlefield victory, Kashmir can conceivably again be brought under inordinate military pressure through the resumed full-time — and intensive — deployment of non-state actors, as was the case not so long ago.

A Pakistan-dependent dispensation in Kabul, especially one that has strong Chinese backing, a prospect made feasible on account of the US departure from Afghanistan on account of war-weariness, will also seek to deny India a physical link to Central Asia.

This point cannot be emphasised enough when the US secretary of state, Antony Blinken, visits this week. There are, no doubt, important questions to be discussed which the US may like to flag — such as those concerning the Quad and the Indo-Pacific, climate, and human rights. It is up to India to escalate Afghanistan in a discussion with Mr Blinken. The US is a departing power from the Afghan battlefield and may not have strategic interests there, but India does.

External affairs minister S. Jaishankar was spot on when he said in Dushanbe recently that “Afghanistan’s past cannot be its future”. The point, however, is to ensure that this does not happen. And in order to do so, the needed instruments have to be forged. What are those? That is the question.

Countries of the region that share India’s anxiety on Afghanistan, in whole or in part — such as Russia, Iran, and some Central Asian capitals — will of course be in that conversation. During Mr Blinken’s visit, New Delhi will do well to probe