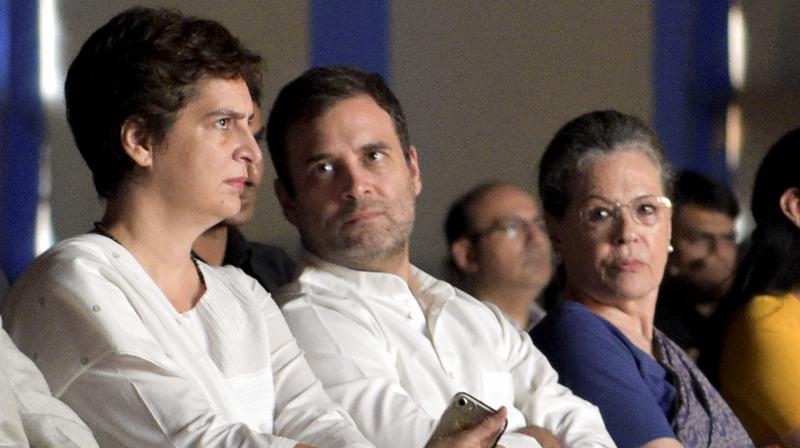 The meeting of the Congress Working Committee (CWC) held on Monday evoked only the usual interest among the people, party workers and in political circles.

The CWC, once one of the most powerful and representative bodies in the pre- and post-Independent India, has of late ceased to make news when it meets. There are two important reasons for it.

One, the body filled with nominated people reflected the loss of democratic moorings in the party and symbolised the sycophancy that runs in the organisation from top to bottom; the last proper election to the CWC was conducted in 1991.

Second, the committee with its elected president used to control the affairs of the nation as the ruling or a major Opposition party at the Centre and in most of the states; it no more holds such power strings now.

It has been reduced to such a position that its leader in the Lok Sabha cannot legitimately lay claim to the post of the leader of the Opposition for he lacks the support of one tenth of the total members of the house as mandated. The party has only four chief ministers now.

The sudden interest in the CWC meeting has its origin in the letter 23 senior leaders wrote to the party leadership seeking a change at the helm.

The letter created heartburn in the circles close to the party high command but the party will do well to seize the opportunity the letter-writers have offered.

It is highly unlikely that they will launch an open revolt against Sonia Gandhi who has been retained as president until a new incumbent arrives or former president Rahul Gandhi, though they have succeeded in stopping Gandhi from returning as party chief for now.

Sonia Gandhi who has said she has no plans to initiate disciplinary action against them must do more and accommodate them in the new committee which will be formed to help her run the party.

Gandhi must resist the temptation of the coterie around her which would want every crisis to end with a declaration that the “hands of the leadership must be strengthened”.

Such self-serving exercises are unlikely to help the party sustain the interest of the party workers and the people.

An elected leadership is a pre-condition if the party were to regain its legitimacy and popularity and the Congress president must set in motion the process aimed at that; the easy way out of foisting string-pullers under the garb of “consensus” must be jettisoned.

The AICC has been talking of making itself an elected body for decades, and this crisis gives it a golden opportunity, what with Gandhi, who commands respect among all sections of the party, at the helm.

It is important that the grand old party of Indian politics reinvents and renovates itself and makes itself a worthy Opposition party this nation deserves. Shortcuts and courtroom dramas are not the way to achieve it; returning to basic democratic practices is.