The pros and cons had to be more intensively debated before the laws were passed, particularly as the subject is to do with agriculture 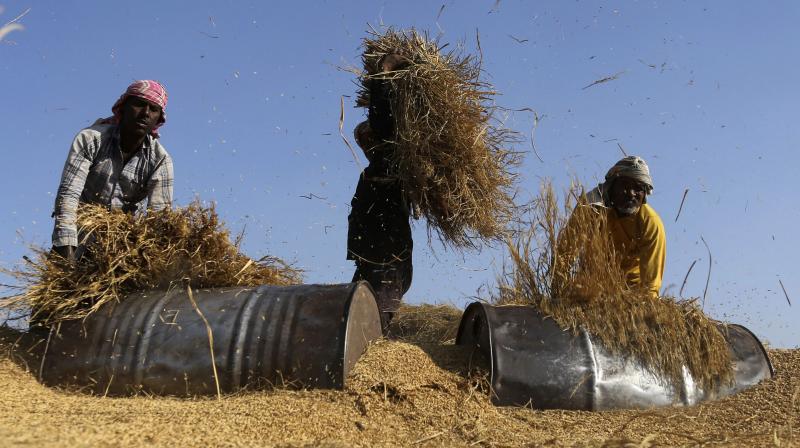 The contribution of farmers is not to be calculated on only the basis of what they bring to the GDP, Representational Image. (AP)

The repeal of the three contentious farm laws is a given now that the Union Cabinet has followed up on the Prime Minister’s announcement. Reformative as the intent of the laws was, they proved so disruptive as to compel their repeal rather than prolong an already long series of protests stretching over a year. An ultra ambitious reform process may have been halted for now but the agitation itself — which is yet to be called off despite the basic reason for it having vanished — may have had a positive fallout, provided it is recognised as such. This is to do with a lesson to be learned by the political establishment that a brute legislative majority to pass laws does not obviate the need for informed discussion among all stakeholders before laws are framed.

Had the rationale for such sweeping reform been better spelt out to associations of farmers the extended protests may have been avoided. The pros and cons had to be more intensively debated before the laws were passed, particularly as the subject is to do with agriculture. A basic understanding that the farmers are threatened by insecurity in what is a hard struggle for existence for millions who make up the farming community would go some way towards aiming for reforms that would benefit them. An empathy to take in their fears, real or imagined over big corporates taking over wholesale procurement, may have helped understand their plight better.

Some of the freedom that the laws promised farmers all over India in terms of selling their produce outside the mandi and government procurement, which largely comprised rice and wheat and mostly in Punjab, Haryana and western UP, might be lost but then 16 states had always given them that freedom to sell anywhere and the eNAM (e-national agricultural mandi) also exists now.

Guarantees over the Minimum Support Price (MSP) remains a bone of contention even as it remains a core demand of the farmers, besides electricity over the distribution of which there are fears that greater privatisation planned might lead to hurdles in the working of the system of farmer subsidies.

In having crossed boundaries in managing agriculture, which is a state subject, the Union government may have opened a Pandora’s Box. But the issue of even a flawed MSP cannot be solved without the active participation of the state governments. Of course, there is no question of a universal MSP for all agricultural produce beyond the 23 crops that are covered now. The demand for a universal MSP is only a starting point of negotiations and ingenuity is called for if the system is to be reshaped in an effective market for minimum support to exist while freedom to sell anywhere for best realisation is protected.

The agriculture reforms issue is not so much a debate over free markets versus socialism as there cannot be an absolute free market when it comes to farmers who grow crops for the table and who have been offering food security for a nation of 1.38 billion people. Finding the middle path in the Indian environment is a great challenge but a basic understanding of the lot of the farmers would help in forging the path ahead. The contribution of farmers is not to be calculated on only the basis of what they bring to the GDP. Reforms must be pursued but after abandoning the path of confrontation.