The US State Department, in particular, has shown a surprising spirit of accommodation toward Pakistan’s hostile actions against India. 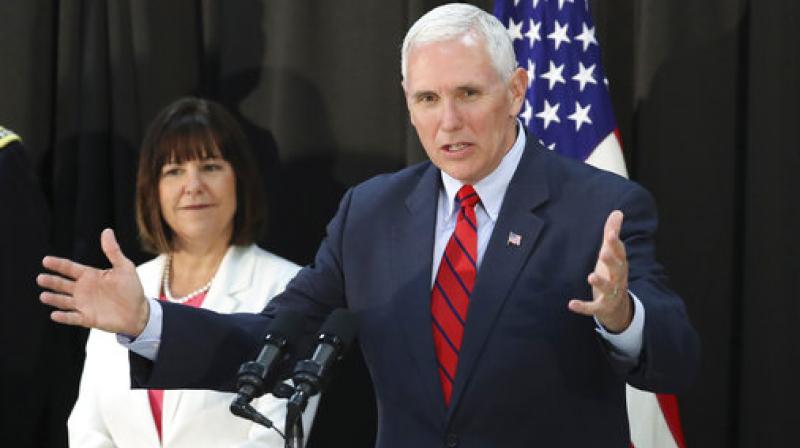 With further recent proof of the current uncertainties in US-Pakistan relations and the bitter back and forth between the two countries occasioned by US vice-president Mike Pence’s quick unannounced trip to Afghanistan, the regional security situation is likely to deteriorate further.

This essentially means the chances of a greater terrorist activity in Kashmir and the rest of the country and rising occurrences of unprovoked Pakistan firing on the Line of Control (LoC). Last Friday, an Army major was killed along with a soldier on the LoC.

Usually, when the US interrogates Pakistan on its insufficient commitment to fighting terrorism — in fact, its complicity with terrorist groups — and hints at Islamabad having coolly pocketed 33 billion dollars since 9/11, the Pakistanis make a bogey of India and raise the spectre of a nuclear exchange between India and Pakistan on the pretext of India upping its conventional force strength.

Over time, the Americans have shown themselves to be suckers for this and return to their old ways — coddling Pakistan so that it doesn’t run into China’s embrace. Islamabad also plays on these fears. Only recently its Army spokesman declared that Pakistan does not need America. In contrast, the Pakistan foreign office bleats and appeals to America in subtle ways. This happened once again after Mr Pence’s recent acerbic remarks.

New Delhi will doubtless watch the Trump administration’s moves with interest to see if it behaves any differently toward Pakistan than its predecessors in spite of occasional hectoring and warnings. Traditionally, the US State Department, in particular, has shown a surprising spirit of accommodation toward Pakistan’s hostile actions against India, especially in Kashmir. In the Clinton and the Obama years, especially the latter, Washington was susceptible to heeding Pakistan’s anti-India rants in the context of Afghanistan.

Last week, speaking to US troops at the Bagram airbase near Kabul, Mr Pence said the US President Donald Trump had placed Pakistan “on notice” (for not sowing enough commitment to fighting terrorism). The Pakistan foreign ministry replied that friends do not place one another on notice. This is a bit rich, considering that the Pakistan Army has been more a client of Washington’s rather than a friend on any metric. Besides absolving his country of all blame in respect of the Afghanistan theatre, the foreign ministry spokesman said that instead of blaming Pakistan, the US should blame “the factors” that have led to unbridled draft, mis-governance, expansion of ungoverned spaces and the rise of Daesh in Afghanistan, despite the 17-year presence of the world’s most powerful forces in the area. In other words, Islamabad has put the blame squarely on the US itself. It is up to Washington to make that clear but for Pakistan’s sustained support to terrorists, the warring in Afghanistan may have ended long ago.