Where to stop the quotas?

The principle of affirmative action may have been upheld. Where to stop is the challenge. 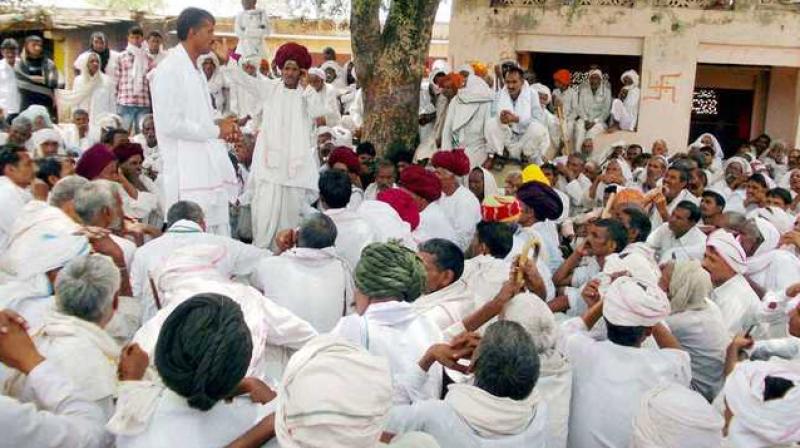 The arguments over the need to continue reservations 70 years after the Independence invariably fail as there is none who will bell the cat. (Photo: PTI)

Rajasthan has decided to give one per cent reservation each to five different OBC castes, including the Gujjars. The temptation to keep playing around with reservation to appease the increasing demands from various castes is going to prove trickier as the 2019 parliamentary elections are nearing. The Kapus in Andhra Pradesh will also be given such preferential treatment, albeit within the 50 per cent that is considered the cut-off point. However, states like Tamil Nadu have exceeded this in allocating seats in education and coped with the challenge posed by the quotas being queried in the Supreme Court. The Jats of Rajasthan who have been opposing such categorisation within the OBC quotas may be up in arms while other castes are more likely to demand that they too get special reservations while also enjoying the overall reservation under the OBC quota. Affirmative action has been guaranteed under the Constitution and no political party would dare oppose the continuation of reservation despite the problems being faced by the creamy layer among the backward castes having enjoyed the fruits in disproportionate manner. Nor will any government or political party even countenance the suggestions from the courts — like the Madras high court did most recently — about reservation for the most economically backward among the forward communities should not be allowed. The arguments over the need to continue reservations 70 years after the Independence invariably fail as there is none who will bell the cat. In the aftermath of the Gujarat elections, the ruling party will probably get down to further social engineering. While the need to continue quotas for those who actually need it cannot be questioned, the fear is the doors are being left permanently open thus creating avenues for greater demands. The principle of affirmative action may have been upheld. Where to stop is the challenge.