A couple of "handlers" were said to have been present on the island to direct the local radical Islamist outfit NTJ's suicide bombers. 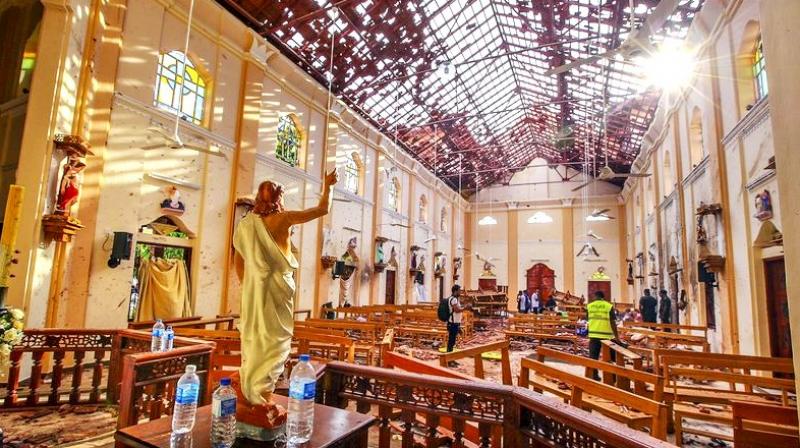 The hand of ISIS in the horrific terror events of Easter Sunday in Sri Lanka has been confirmed by different international sources, including Indian, American and Australian. The rising of Islamist terror on the island has sent alarm bells ringing around the region, including in India where Bengaluru has been put on alert and Chennai has been warned. One of the reasons for the shifting of the IPL cricket final out of Chennai was said to have been the proximity of Sri Lankan terror events. Serious intelligence alerts have been in the air for a year at least of south India being considered a soft target by sleeper cells of Islamist operatives with terror on their minds. ISIS members, who may have resettled including in the Maldives since the fall of their Caliphate in Iraq-Syria, may have helped coordinate the Lanka attacks. A couple of "handlers" were said to have been present on the island to direct the local radical Islamist outfit NTJ's suicide bombers.

A key figure in the NTJ plot - the extremely radicalised Zahran Hashim - who was spotted in a video swearing allegiance to the ISIS founder - may have been killed in a targeted Colombo hotel blast. The threat, however, remains and South Indian cities may have to remain on a heightened red alert. A consequence of Pakistan's use of terror as State policy is to be seen in Ahmadiyya refugees from Pakistan, who saw Sri Lanka as a haven, having to flee from the ire of local population who are now tending to see Pakistani Muslims as sponsors of terror. They may be shunned by fellow citizens in their homeland on the basis of their religious beliefs and are persecuted elsewhere, too. Such is the nature of terror, but there is no getting away from an eternal vigil to secure society from a recrudescence of terror in Sri Lanka, which had been known to spill over to India in the past.